Snakes In The Grass

Contributing writer Josh Henke is an avid outdoorsman. He surfs and hikes the backcountry.  Josh is a former firefighter and serves as a flight nurse today. You can contact Josh at bosstyn@gmail.com 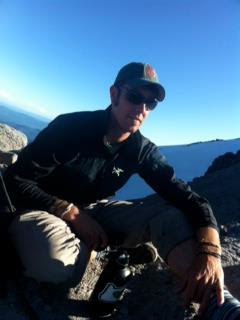 My friend Dave-bob is an avid hiker. Even in southern California, he finds time to hike nearly every day. Dave is old and tired and weathered, but he still hikes almost every day. We often give
him grief about his stick; low terrain, high terrain, it doesn't matter,  Dave-bob always has his
stick. After a few years of knowing Dave, I asked him about his stick and why he always carries it.

“Yes, of course,” I thought. That seems plainly obvious now that he says it. Southern California
is known for its rattlesnakes. Big black things that hide in the brush. They are a terrifying thing
when you see one.

I then asked him, “why such a big stick then”. His stick is damn near a Gandolf-sized staff.
His thoughtful reply was this; “small sticks are good for small snakes, but not big ones. A big
stick is good for small snakes as well as big ones. I use this stick to roust snakes up along the
trail before they have a chance to strike”

I thought about this in an oft way for weeks as a continued on with life. A few weeks after that
conversation, I saw Dave and he told me a story about hiking. (he loves to tell hiking stories)
Dave told me about how he went hiking at a place called four bush; which actually only has
three bushes, but never mind.

He was driving up to the trailhead listening to a deeply riveting Paul Harvey episode when he
parked. As many of us do with Paul Harvey, he sat and listened for a while longer. One of those
driveway moments….
He told me how he began his hike and realized he forgot his stick about 3 miles into the trip.
“I figured oh well,” he said and continued on. At mile four he saw a “really interesting bird. Kind
of a grasshopper/bird/old cat kinda thing”. (Dave loves to describe things he sees, however,
he’s not very good at describing more than making up combinations of animals to describe
other animals)
“when I go to the top I stopped and turned around to head back down, and sure as hell, there
was a big black rattlesnake sitting in the path about 5 yards in front of me. He wasn't moving,
just laying in the sun”.

We both took a silent second to think about that snake, A big slate colored rattlesnake is no
joke, and 6 miles into a hike; a bite from a snake like that is often a death sentence. (or a
helicopter ride at least)
“I sat there and looked at that snake and all I could think about was my damn stick. He looked
at me and I looked at him, and as we both sat there, he began to move. Not fast; he moved in
a very slow, purposeful way directly towards me. As I back up he stopped. When I stopped, he
began moving again. Not in a “hunter” way, but in a “you’re damn lucky Dave” kinda way; as if
he was telling me “I’m not going to bite you, but this is your only warning.”

I commiserated with him over the snake knowing that you can't just step over it, and
often times on these trails, you are surrounded by grass. The only option for Dave was to leave
the trail and clear around the snake through the grass. The hard part is, there's often snakes in the
grass, and with no stick, it's a big gamble.

Dave did leave the trail, walking through the grass. He was more than a little worried about it, I could
hear it in his voice as he related his “trail of fears."
The story made me think about sticks and snakes. It also made me think about complacency
and the dangers we face, how the snakes are always in the grass and about how having a
good stick is often salvation.

I recalled when I was a new flight nurse. Most times when we got a call we would pile into the
aircraft, even before the pilot. We would buckle in even before the pilot had turned up. Once
we got comms, we would ask where we were going and he would point and say something like
“that way about 19 miles”

We didn’t check the weather with him. We didn’t scout the LZ prior to leaving. Hell, we didn’t even
ask him where we were going. We just hopped up, strapped in and blasted off. We weren't crew, we were pax.

I'm not afraid to admit it, we had very small sticks.
They did not provide us with a good defense against the snakes in the grass.
Sure, if the helicopter was leaking oil or started smoking on startup, we could see that and cancel the
flight, but our small stick was no good at picking out the less obvious snakes such as weather in
a small valley, knowledge of a known tight LZ, etc.

Over time I found that my stick got bigger.
And the bigger my stick got, the better prepared I was to meet a snake on the trail or go
wandering off through the grass unplanned.
I grew my stick by asking questions of my pilots. I questioned things that looked wrong. I took a deeply vested interest in my safety by speaking up and looking for “snakes” in our day to day operations.

I read the archives and thoughtfully explored how a crew got themselves into a situation and
how I could avoid such mistakes in the future.
I wrote about ideas and thoughts I had on safety and how to make others think about safety
All of these things, both big and small, helped me grow my stick to a point where I felt I could
go hiking safely and face down the dangers in the grass, no matter how big.
We as flight crews need big sticks. Complacency is a snake in the grass and small sticks just
won't do. As Dave mentioned, “small sticks only work for small snakes, but a big stick works for
all snakes.”
As we hit the “trail” day in and day out, think about the snakes in the grass you may encounter.
Don’t get distracted before you begin your hike through HEMS. Take the time to remember your stick, because if you forget it, that snake may bite you. 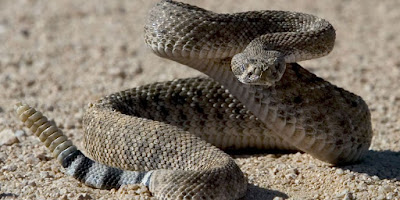 If you have a HEMS related story to tell - something that might help another crew - drop us a line.
No comments: