"Discretion Is The Better Part Of Valor..."

"Caution is preferable to rash bravery." Falstaff in King Henry the Fourth,

The pilot's decision to land during unfavorable wind conditions, which resulted in a loss of control due to settling with power. Contributing to the accident were the lack of an adequate approach path due to numerous obstructions and the lack of available guidance regarding the helicopter's performance capabilities in the right quartering tailwind condition.

NTSB: HISTORY OF FLIGHT (edited for brevity and clarity) 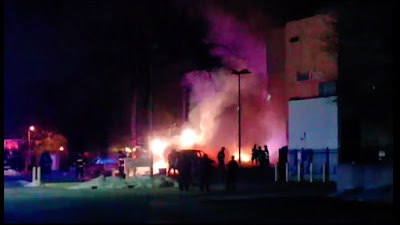 On March 6, 2015, at 2310 central standard time, an Airbus Helicopters (Eurocopter) EC-130-B4, N356AM, ... struck the edge of a hospital building and impacted its parking lot during a visual approach to the St Louis University Hospital elevated rooftop helipad (MO55), St Louis, Missouri. During the approach, the helicopter experienced a loss of directional control and entered an uncontrolled descent. The helicopter was destroyed by impact forces and a post-crash fire. The commercial pilot, who was the sole occupant, sustained fatal injuries.

The helicopter was operated under Title 14 Code of Federal Regulations Part 91 as an air medical positioning flight that was operating on a company flight plan. Night visual meteorological conditions prevailed at the time of the accident. The flight was returning to MO55 after it had been refueled at the operator's base located at Arch Heliport (MU05), St. Louis, Missouri.

The flight's first approach and landing at MO55 was to drop off a medic, nurse, and a patient, who was not in critical condition. The flight release for the flight and the accident flight had a green weather status, whose criteria is solely based upon ceilings and visibility. The risk assessment, which was completed for the flight and not for the accident flight, was assessed as low. The medic said that he had been employed as a medic for about a year and flew on previous flights that landed at MO55 "couple of times" and had flown with other (company) pilots. The nurse stated that she began employment at (the company) in January 2015 and she had two years of experience with another aviation company.

The medic stated that during the first approach for landing to MO55 with the pilot, the pilot said that there was a 25-knot wind, but the medic did not know the source of the pilot's wind information. The medic said that the windsock on the helipad was illuminated and pointing "straight out" towards the elevator shaft, located toward the northeast next to the helipad. During the approach, the helicopter tail was "sideways a little bit." The pilot said it was going to be "a little rough" and that "it was a little windy."

The nurse said that there was "a lot of rolling" and "a lot of yawing" during the approach. Over the helipad, the pilot was having a "hard time" and "a couple of more seconds" she would have told him to abort the landing and to do another "recon."

The nurse stated that the pilot did not tell her why he wanted to remain on the helipad, but her "gut reaction was that it was a hard landing and he did not want to do that again." She said it was "difficult" to get the helicopter skids onto the helipad. The flight then departed to obtain fuel at MU05 (located about 1.3 nautical miles from MO55).

Upon refueling, the flight returned to MO55, to pick up the medic and nurse. Neither the medic nor the nurse saw the helicopter takeoff from MO55 for the flight to refuel at MU05. The nurse stated that at 2258 she sent a text message to the pilot stating that they were ready to be picked up from MO55, and he responded in text that he was on his way. She said that at 2309, she looked at the time and thought it was "taking a while for his return."

The accident occurred during the flight's return, during the approach for landing. A witness stated that he was sitting in his truck parked across from the St Louis University Hospital emergency room when he saw a light shine on his truck, "the light was coming closer and closer." After a while the light turned around and disappeared "quick." The light shined for about two minutes. His truck was facing west because it was parked on Vista, which is a one way street.The light turned sideways, and it was a clear white light. The other lights he saw on the back of the helicopter "looked like red and green" from the tail. He said he could not hear the helicopter. The helicopter was "coming forward" and it took a "little tailspin" before it went out of sight. The helicopter went north and "went down." He saw the helicopter "side" and "back" and then it went down. He did not see any fire from the helicopter before the accident. He did not hear any noise after it went out of sight.

He said the helicopter was pointing "straight down as it turned left." He said it was not "quite straight down" and the light was shining on the ground as it was going down on an angle. He said that he did not see the helicopter "wobble." He said a security guard came out and walked down Thistle. The witness said he got out of his truck, and the wind was "going pretty hard" going north. He said that helicopter was about 15 feet above the overhead tunnel between the hospital and hospital garage. He did not see the bottom of the helicopter because of the light. He said the wind was not shaking his truck when he was sitting inside of it.

The medic said if there is a lot of wind, it is "always weird" coming in for approach to land at MO55. The nurse said that her knowing the area and the St Louis University Hospital helipad (MO55), she knew that it was going to be a "hard landing" on a good day." A pilot that was not employed by (the company) stated that he had flown in a Eurocopter "a handful of times. He said that flying into MO55 "is not the hardest pad but it's a difficult pad especially when the winds are at different angles and you have a lot of mechanical turbulence." The winds come around the building and can create a tailwind. Obstructions to the pad are the elevator shaft and buildings surround the pad. He takes new hire helicopter pilots and shows them the mechanical turbulence associated during flight training. He said that if "don't get set up at the right altitude and closure rate" for at MO55, you can "find yourself in a bad situation."


The emergency medical service (EMS) helicopter was landing on a privately owned elevated heliport to pick up two medical crewmembers. The medical crewmembers had been dropped off with a patient on a preceding flight. During the preceding flight, the nurse thought about telling the pilot to abort the landing on the heliport because there was a lot of rolling and yawing, and he was having a hard time landing the helicopter. After the landing, the nurse and another medical crewmember stated that the pilot did not want to depart the heliport, but the medical crewmembers told the pilot that there may be potential arrivals of other EMS helicopters. The pilot chose to depart the heliport and obtained fuel at the operator's base of operations. For the return flight to pick up the two medical crewmembers, the wind had increased, and the helicopter approached the heliport in high-wind conditions and with a right, quartering tailwind. Also, the wind along with the surrounding buildings likely created a turbulent airflow/windshear environment in which the helicopter was operating as it approached for landing. The helicopter's operation in a high-power, low-airspeed condition in high-wind conditions, including a right quartering tailwind, likely resulted in a loss of control due to settling with power. A security video showed the helicopter on a northerly flightpath descending at about a 45-degree angle before impacting the ground and coming to rest on an approximate northerly heading. The pilot sustained fatal injuries due to the subsequent fuel tank fire/explosion, which otherwise would have been a survivable accident. Postaccident safety evaluation of the heliport showed that the final approach and takeoff area/safety area were obstructed by permanent and semi-permanent objects that pose a serious hazard to helicopter operations. These obstructions limited the available approach paths to the heliport, which precludes, at times, approaches and landings with a headwind. The helipad is privately owned; therefore, it is not subject to Federal Aviation Administration (FAA) certification or regulation. A review of the helicopter's flight manual revealed that there were no wind speed/azimuth limitations or suggested information available to pilots to base the performance capabilities of the make and model helicopter in their flight planning/decision-making process. Examination of the helicopter revealed no anomalies that would have precluded normal operation and showed engine power at the time of impact.


The pilot's decision to land during unfavorable wind conditions, which resulted in a loss of control due to settling with power. Contributing to the accident were the lack of an adequate approach path due to numerous obstructions and the lack of available guidance regarding the helicopter's performance capabilities in the right quartering tailwind condition. 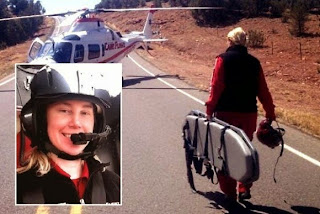 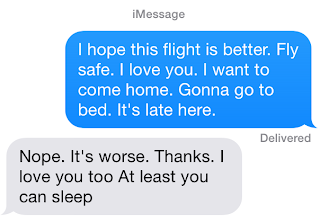 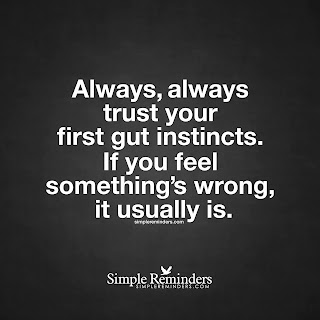