Have you heard the news?

Clint is directing another movie. and it's going to be a good one; a must-see for any aviation professional. Mr. Eastwood has set about the task of telling the story of an un-remarkable man, who performed a remarkable feat on a beautiful clear morning in New York City.

Just about enough time has passed since Chester "Sully" Sullenberger and his co-pilot Jeff Skiles successfully negotiated a dual-engine failure and performed a flawless "dead-stick" landing into the Hudson River.  We can discover the wonder all over again. 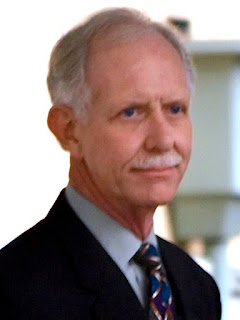 Here's the remarkable thing about Sully. Until the day he lost both engines, his life was - well - unremarkable. But when his measure was taken, he measured up. A random event allowed him to demonstrate his skill, his coolness under pressure, his ability to use CRM effectively.

Sully did have some things going for him. First, his employer allowed him to train regularly for loss of power and forced landing situations. He sat in a classroom and studied airline crashes. His company paid for the overtime to allow the pilots to be fully prepared for the worst case. Since his adventure turned him into a celebrity, he has used his platform to warn of a general deterioration in pilot training. He says "we need to respect the profession."

Sully and his peers admired another pilot - Al Haynes - who had to land a jet he could not control. Sully views Haynes' ability to save so many of his passengers and crew as a triumph of individual preparation and flawless teamwork. True, Sully had experience flying gliders during his time at the Air Force Academy. But perhaps the main thing in his favor that morning was his mindset. His attitude.

When a flock of birds flew into his path and fragged both motors, he was not startled. He didn't waste a second thinking "this can't be happening to me." He made a quick decision on how to resolve his problem.

Aviation is so safe today that it's easy for us to relax and take it for granted. Turbines are so reliable that we can become complacent and disregard the thought of losing power at the worst possible moment. But turbines do fail.

"witnesses said the helicopter reached about 80 to 100 feet when it suddenly plummeted to the ground in a cloud of blue smoke."

The pilot of this helicopter was faced with a "Sully Situation." He had just taken off, in a manner consistent with his training and experience. He didn't have the benefit of a long runway that would allow him to stay out the avoid-area of his aircraft's height-velocity diagram. When single-engine helicopter pilots depart hospital helipads, which are often pinnacles or confined areas. they tend to make an altitude over airspeed departure. We go right into the coffin-corner of the dead-man's curve. We initially climb vertically. That way, if the engine quits we can go back to the spot from whence we departed. Or perhaps to an adjacent parking lot. It's a calculated risk-decision. Mind you, it's not a one-size fits all situation. Every takeoff and landing area is different, and each requires forethought and planning. A little bit of "what-if."

But how many of us actually think about the engine failing each and every time we take off? Do we announce. as part of our take-off briefing, "and our forced landing areas will be...?"

When our engine quits, will we show the right stuff? Will we be like the gent flying the helicopter above? Yes, that man bent the skids. That's what the book says will happen at that combination of altitude and airspeed. But way more importantly that pilot saved himself and his crew. He is the skilled and capable helicopter pilot who can forever-more be referred to as the Chester "Sully" Sullenberger of Helicopter EMS.

What about us? When it's our turn, will we be as good as the gent above?

Or will we be just another dead pilot and crew?

It's up to us to fly right.