The Four Forces of Flight and Life 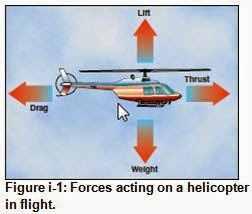 It's that time of year again, when HEMS crews are sent out to area schools for Prom Promises, Career days, and end of school-year parties. When we arrive in helicopters and our uniforms, we make an impression. Kids are interested for a few minutes, we have chance to teach them something.

The following comments resonated with children and teachers. If you like, make something like this part of your presentation.

"Boys and girls - I want to share one last thing with you before you go. We've enjoyed being with you today, and hope you have a great summer.

As you look at our helicopter, know that every aircraft is subject to four forces in flight. These four forces combine and result in the helicopter going in the direction we want it to: to pick up someone who needs our help.

Those forces are; lift - created by the spinning rotor system, weight - the effect of gravity trying to pull us down, thrust, the force that pushes us forward, and drag - at high speeds the air slows us down. Everything that flies is subject to these four forces.

(Look at a child in her eyes, ask her name - ask the other children to give her a round of applause while clapping your hands together. You just made a friend and refocused attention)

Okay kids - I want you to know that "Ashley" is subject to those same four forces, in life!

And so is each of you!

Lift is that part of you that can learn new things, you can rise up tomorrow above where you are today because you have good brains. You can learn anything - as a matter of fact you can understand the words that I am speaking because as an infant you learned the English language. And that is something that is very hard to do. But you did it - one word at a time. Remember, you can learn anything if you really want to and you don't give up.

Weight is the force, like gravity pulling us to earth, that tries to keep you down. It is fear inside of you that you aren't good enough, that you aren't smart enough. Gravity is self -doubt but your lift can overcome it -just like that helicopter's rotor system will overcome it in a few minutes.

Thrust is your teachers, your parents, the people who care for you, pushing you forward. There are people who want you to succeed. Don't make their job harder. Listen to them, respect them, appreciate them. They thrust you toward a bright future. We are here today to help thrust you forward in life.

Drag is what slows the helicopter down. We do everything we can to eliminate drag. Some helicopters have wheels that go up into the belly of the aircraft to cut drag. The shape of the fuselage (the body) is designed to cut drag.

There is drag in your life too. "Drag" is the people around you who try and hold you back. Maybe they are afraid of trying, and they want to make you afraid too. Maybe they want you to do things you should not, things that you know are wrong. Think about the people you hang around with, and if they are a source of drag, why not stay away from them. Drag prevents moving forward. Drag works against thrust.

Stick with the thrust - drop the drag.

By the way... can a girl grow up and fly helicopters?