Catch a Latch, Prevent a Scratch...

After posting pictures of the after-effects of a cowl strike at HelicopterEMS.com more than once, I had hoped that maybe we could stop having these incidents.
But we are humans.
I heard about another cowl strike yesterday. The crew was in a hurry to get back in service and capture a flight. Their walk-around was rushed.


This is a common Airbus/Eurocopter/Aerospatiale cowling latch in the open position. These latches have been linked to several cowling-blade strikes. 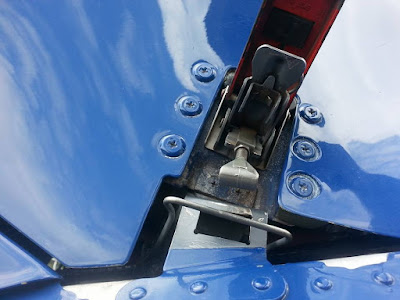 ﻿
The picture below shows the metal buckle secured. The plastic cover is open. The cover alone will not hold the cowl shut. The buckle will. Not all aircraft have the cover installed... 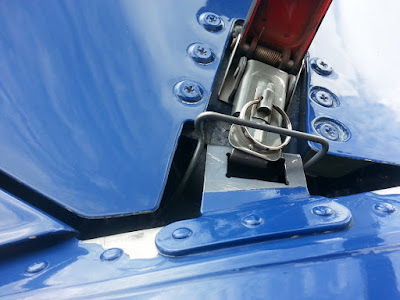 Below, the cover is secured. Is the metal buckle secured? 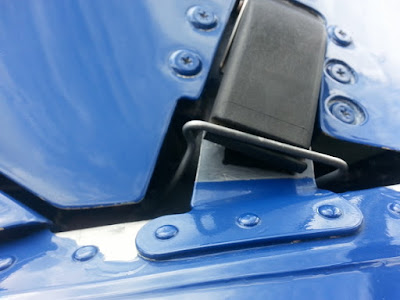 The buckle below is folded/collapsed - but not secured. See anything missing inside the cover? 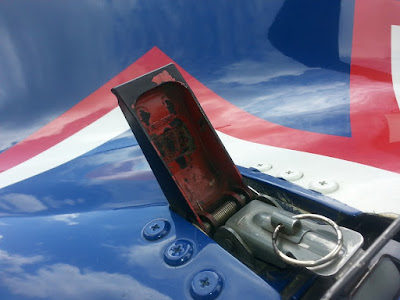 Below, this cover is secured. The metal buckle is not. This cowl could/will come open in flight, could damage blades, and may cause a crash. The plastic cover could be closed over an unsecured metal buckle because the small square of rubber which is supposed to be glued inside the cover falls off. 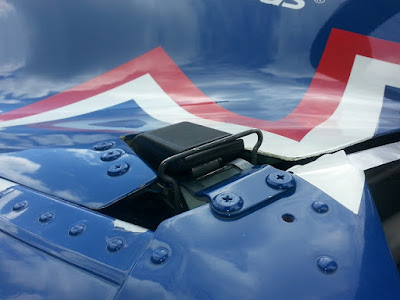 It's a small detail and easy to overlook. Look at the first picture to see the rubber spacer installed.
To see if these latches are correctly fastened you have to look underneath the cover. At night you need a flashlight. No crewmember or pilot should ever climb in without carefully checking all of these cowl latch assemblies. 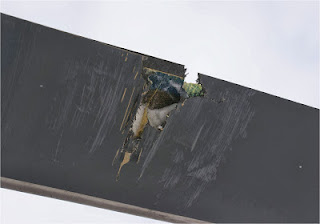