A couple of  years ago Jeanne and I went on a Smooth Jazz Cruise for a week. We had a great time going to the big shows each night, hanging with cool people, and soaking up the tropical vibe. The best part of the ride took place the night before we stopped in Key West. We went to the early evening show in which Marcus Miller did things with a bass guitar that were mind and eardrum blowing, and were then walking back toward our stateroom. We passed by a small, almost empty piano bar and I suggested we stop in for a drink. The room was dark, and the ship's piano player was tickling the ivories. I stood there for a minute and as my eyes adjusted I noticed Jonathan Butler - one of the featured musicians on board - sitting at a table with his family. "Hey Jeanne, that's Jonathan Butler. Let's sit at the piano for minute..." 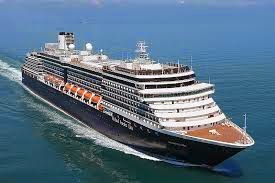 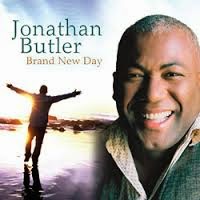 I sat down and exchanged pleasantries with the piano player, an older fellow with a slightly tired grin and a vast talent, and we ordered drinks. After a few minutes, in this dark little empty space, J.B. got up from his table and walked over to the piano.

The house-player gave up his seat at the piano and then Rick Braun walked in with his horn in his hand. He and J.B. started talking and smiling. Then the fellow who had chartered the boat, the entire boat with 2000 passengers, came in and sat down. Then a couple more performers bellied up to the piano, and the cruise host... Someone said, "close the doors." 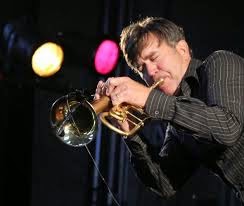 Now I don't know what your favorite music is, but imagine if you had the chance to sit in a dark bar with the people who make it, and listen to them talk, and play for each other. We sat there quietly and took it in - loving every minute of it.

Then it happened. Someone from across the piano didn't recognize us and asked "what do you do?"

I sipped my Jameson, put down the glass, and said "I take sick people to the hospital in helicopters."

"Wow." "Cool man." "That must be really something..."  We were made to feel welcome, and J.B. played Jeanne a love song for her birthday. J.B. and Rick Braun jammed into a couple of songs, and then the others took turns performing, and it was a really good time... A once in a lifetime kind of thing. And Jeanne and I were welcomed because of what we do. She takes care of sick people and I fly.

Society - today - looks up to us, literally and figuratively. We enjoy significant good will and support from the communities we serve, and will continue to do so unless we lose our way and get out of touch with the "service" aspect of our business

I know that operating a HEMS business is challenging. The risks are significant. The amount of capital required is staggering. There is no guarantee of success. The old joke about making a small fortune (by starting with a big one and buying a helicopter) has played itself out time and again. It is understandable, and rational, that as business people in the business of transporting ill and injured persons for profit, we  attempt to maximize our profits, and perform as many transports as possible.

We don't check for insurance before flying someone, and some people don't pay anything - that money is lost. We also don't get paid for airborne standby flights that get cancelled. Or lots of other community services we provide. But obviously there is money to be made because the number of EMS helicopters has exploded in just over a decade.

Occasionally, profit-motive can run over caring and compassion like a squirrel in the road and leave the caring aspect a little flat.

An anecdote:  A rural hospital employee suffered a stroke and was transported by helicopter to definitive care at a stroke-center. She recovered, and got a bill approaching $20,000 for a 15 minute flight. She was contacted by the transport service's billing department and the discussion went something like this:

"No ma'am that will not settle your account. Do you think you might get your church to have a fund-raiser? Or perhaps you could have your husband come out of retirement and get another job..."

This actually happened. The thing that makes it so wrong is that if this patient had been a Medicare beneficiary, thanks to "assignment," whatever Medicare had paid would have amounted to 80% of the total allowable charge, and this woman's obligation would been only 20% of that allowable amount. And the company would have been satisfied. But she wasn't under Medicare and was stuck.

This is the kind of story that goes viral. It smacks of greedy helicopter companies sticking it to people at their worst and weakest point of life, and if the word gets out that this is the way our industry is, that good will I was mentioning earlier will be...

Stories like this are starting to appear more and more frequently, and our business is coming under a spotlight. Click Here.

In the state of Georgia, rural hospitals are closing their doors one-after-the-other. The state is considering changing the rules to allow for alternative facilities, a sort of "hospital-lite" to allow for stabilization prior to transfer (flight). Mentioned in the same article about this was the statement that Georgia has allocated $12 million dollars for EMS helicopter trips in southwest Georgia. Everyone knows that helicopters save lives and shore up an underfunded overburdened healthcare system. well, almost everyone

But if the companies don't cotton to the fact that one aw-crap wipes out a thousand atta-boys, and use some common sense regarding business development and utilization-review, the friendly folks in government are going to start getting irate emails and phone calls and in addition to not getting paid there will be hell to pay.


So that our cup of goodwill never runs empty...