You can't think of everything - so you have to expect anything...

Chris is a neighbor of mine, and one cool dude.


He is an Army Ranger, and has been to war several times and has some great stories to share. He talks to me, perhaps because of my time in the 160th. (It was long ago - if I tried to fly a helicopter for 10 hours straight tonight I would come out in the fetal position)


"I was riding (on the plank) on the side of a little bird," he says, "the pilot was flying by a building full of bad guys when we started taking fire..." 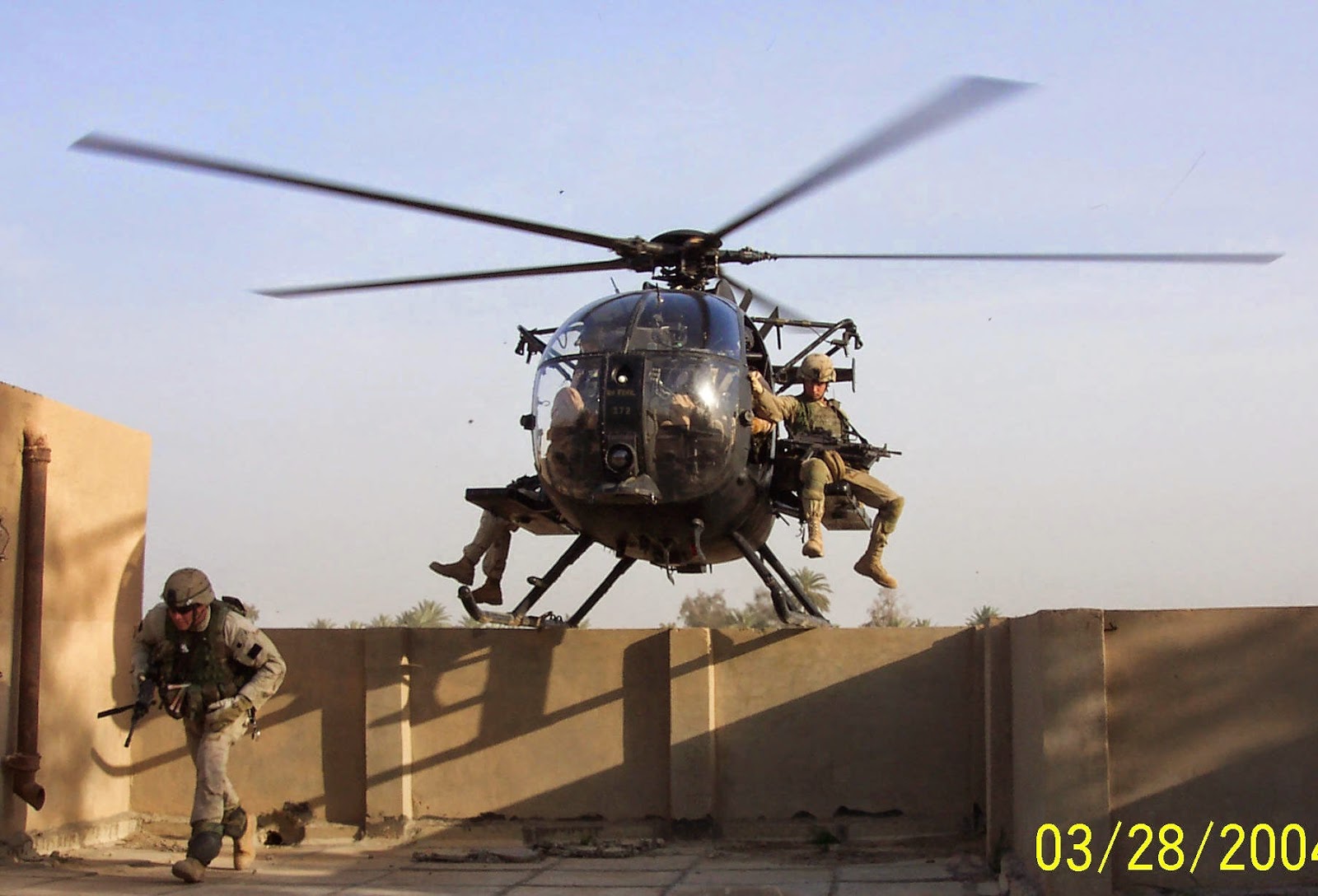 "I lit those assholes up, and hot brass from my weapon was spraying out into the wind. It was a hot night, and the pilot (sitting inches away on the inside) had the doors off and his flight suit zipper down with no T-shirt on. My hot brass flew through the opening and into his open suit, burning him. He let go of the stick to dig out the brass from his suit, and we dove for the dirt. I reached inside to grab something and he slugged me, then grabbed the stick. He pulled up and we didn't crash.


Now I bet that no matter how many contingency plans they came up with, no one thought about hot brass in an open flight suit... We try to think of everything, but it's impossible. So we have to keep an open mind and expect the unexpected. Especially in the face of routine. Routine lulls us into dullness and carelessness. Complacency kills us in our comfort.

Recently, a crew was loading a large patient into an Astar. As Astars are NOT well designed for patient loading , when we have a  big patient with wires and tubes and bags of fluid and monitors and vents and pumps, it can turn into a cluster. The fact that the motor was running didn't help. As the patient was slid off the ground-ambulance crew's cot, and everyone focused on sorting out the mess in the cabin, the cot began to roll toward the tail rotor un-noticed. It came to rest against the tail rotor guard, and thank goodness the spinning tail rotor was on the other side.


A couple of years ago, a pilot-friend was doing an over-speed protection-system test on a Lycoming engine. He had performed this test thousands of times, moving the test switch and watching the engine's gauges cycle downward slightly. Only this time, when he pressed the test switch, the engine needles dropped precipitously. The turbine temp  dropped off as the engine coasted down with the fire out. Then, since the engine throttle was still advanced, and fuel was still going into a hot engine case, fuel reignited with little airflow and the temp needle shot upward.


He wasn't expecting that. (Either was I when the exact same thing happened to me in a Bell 230 years prior.) Before he could react and shut the fuel off and motor air through the engine, it exceeded the transient limit.


Time for a new motor and some soul-searching...


In another instance, a crew was flying across a dark swamp in the middle of the night when the fuel level on one of the two supply tanks dropped toward empty. They checked the emergency procedure and all the switches, and down it went. The pilot said, "get ready for an engine failure." They had no way of knowing that a plastic Ziploc parts bag had been dropped into the fuel cell months before during overhaul, and had picked that night to float across the pump's fuel inlet.


You can't think of everything - so you have to expect anything...


What makes things really tough is that we try to apply what we know to an unknown situation and sometimes we are way off base. I was accepting an aircraft out of maintenance once (perhaps the most risky thing an EMS pilot does - but something we do regularly with little fore-thought or caution). Instead of taking charge and briefing the assembled personage on how things were going to go, I passively let them tell me what was going to happen. I didn't think to brief abort-criteria, or where people would be and when and why, or exactly what faults we would tolerate as we attempted to see how bad the ship was. So there were heads stuck into an open engine cowling as I made my third attempt to start the left motor. The right one was running, but the rotor needle on the triple tach was dead as a stump. Because the rotor needle was dead, I assumed that the left engine's tach needle (N2) rising above the right engine was a problem with the gauge. I didn't expect a failure of the sprag clutch. When it caught with a BANG and a jerk, and tore the drive shaft in two, it's only luck that someone wasn't killed.


Time for a new motor/transmission/driveshaft and some soul-searching..


I had a ride-along go squirrelly on me once, at an accident scene. He got excited and was running to and fro, and toward my tail rotor out of sight. So I shut the engines down and thought about how to stop that from happening again.


I came upon a simple elegant solution. I would tell a ride-along, "wherever the flight nurse is, you are! I will never have to wonder about where you are because you will be at the flight nurse's side, got it? I would wait for the nod...


So I was surprised one night at the  Hilton Head Airport, when, with head down in a running BK filling out my manifest, I caught movement in my peripheral vision. I jerked my head up in time to see my ride-along run across the nose of my BK and head for the tail.


I snatched the throttles off and applied the rotor brake.


What had happened was... The flight nurse in the back of the ambulance realized she needed something stat. She bolted out the back of the bus and headed for the aircraft. The ride-along watched her bolt and realized he was supposed to be "right next to her" so he gave chase.


You can't think of everything so you have to expect anything.