We have come upstairs for a tour and I look out the window of the communications center and think how nice it is for the comspecs to be able to see the pad. 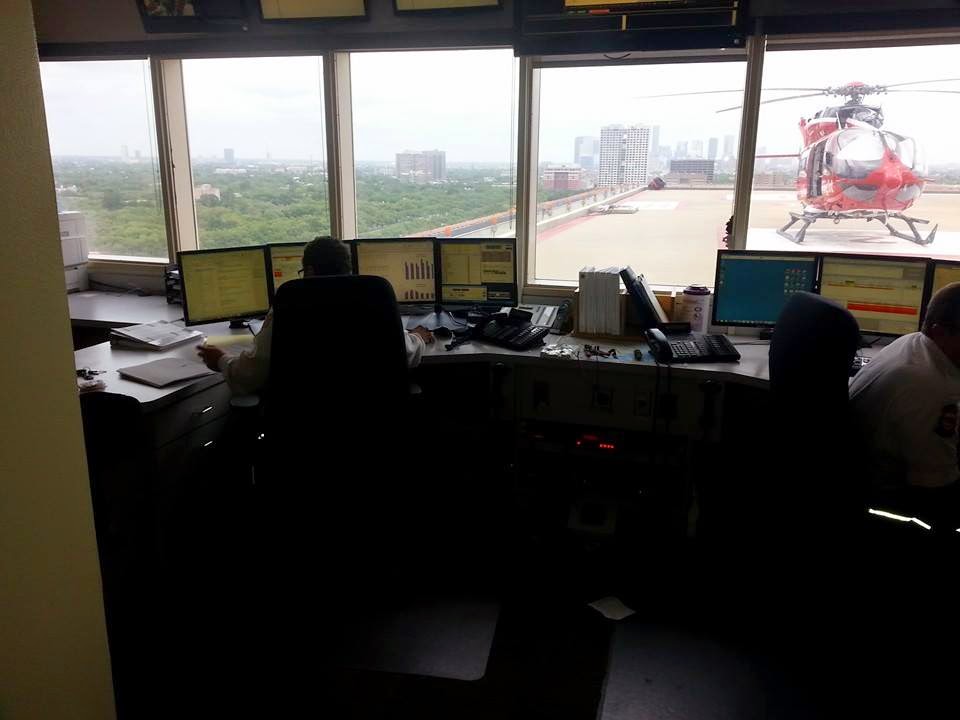 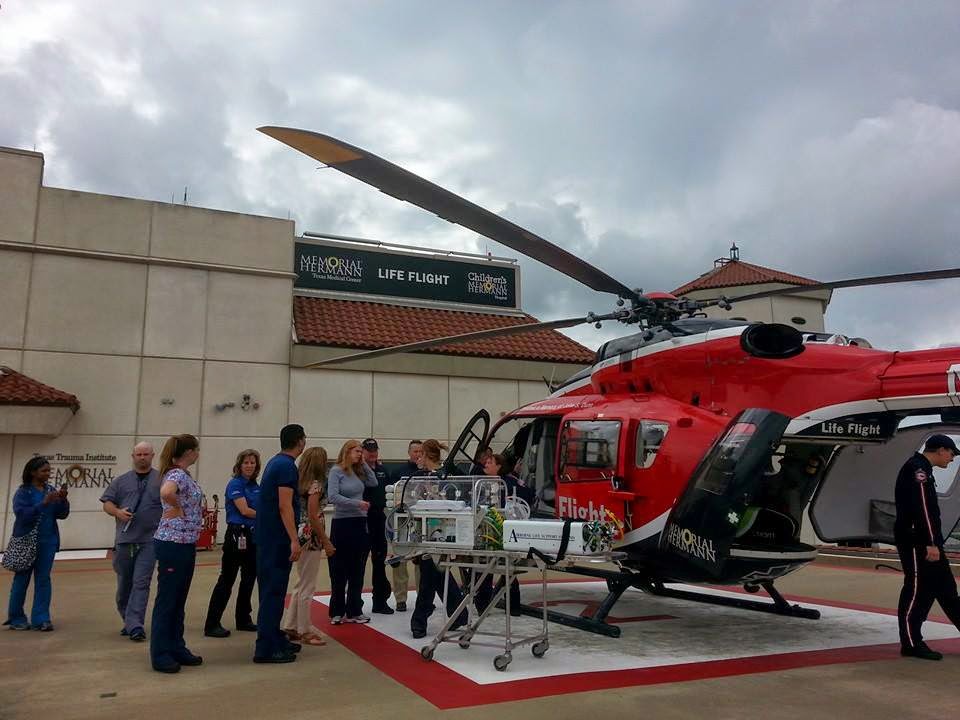 We walk out onto the rooftop helipad and find three beautiful red and black Airbus EC-145s sitting on their freshly-painted spots. The view, of both the three identical aircraft and the surrounding city of Houston is breathtaking. A person could like this place.


Todd Grubbs, Life Flight's Chief Pilot shows me some sights around the horizon, then points at a yellow building a short distance away. "Our GPS approach is going to guide us to a spot right over there."  The GPS approach he is referring to will be an LPV (localizer performance with vertical guidance) and will look and feel just like the ILS (instrument landing system) approaches that we have been performing for decades. Only the LPV won't require ground-based localizer and glide-slope transmitters typically found next to runways - it will use a wide-area augmentation system (WAAS)- a ground-based transmitter sending continuous position-correction data to the aircraft's on-board GPS. WAAS allows for precision-approaches anywhere!

Initially, the approach guidance will be usable down to 200 feet above the surface, with possible future upgrades allowing descents even lower. Todd is a man with a mission - to derive maximum operational benefits from the technology situated on his aircraft, on the ground, and in space. His enthusiasm for the job at hand and his deep understanding of what is possible are exciting and refreshing, like the cool spring day we are enjoying.

At 8;00 AM I had joined about fifty of Todd's co-workers as he presented an informative "state of the program" address.  He covered where they are as a CFR Part 135 air carrier - 5 bases, 6 identical aircraft with one serving as a spare, all aircraft and pilots IFR capable  - and where they are headed, and what will be required to get there. A vendor has been selected to "terp" (the process of creating terminal instrument approach procedures) GPS approaches at several hospitals that Life Flight visits. Once this is done a helicopter low-level instrument-flight-rules (IFR) route structure will be defined in and around the Houston area that will allow IFR trips underneath the heavily traveled routes used by the  passenger-jet air carriers flying into and out of Houston. They will even incorporate the  tower-enroute-control described in the Airman's Information Manual allowing IFR flights without needing to talk with approach-controllers.

What does all this mean?

It means Life Flight is able to transport ill and injured persons in worse weather conditions than they could before they became an IFR air carrier - and they are able to fly when other services are stuck at their bases for low ceilings and reduced visibilities. Their capabilities are going to improve even more with the addition of precision approaches to the hospitals they serve. A great program is getting even better.

I am visiting Life Flight thanks to fellow retired NightStalker Mike Mock. Mike is Life Flight's safety manager, and I had talked to him about presenting AMRM training. He arranged for me to have a two-hour block of time in which to spread the gospel of staying alive by working for and with each other instead of in spite of and against each other. The class went well and I had a great time meeting and bonding with the team.

Life Flight was started in 1976 by a Texas-sized personality named Dr. James"Red" Duke. They were the second air medical program in the United States. As Mike explained to me at dinner that evening, Dr. Duke treated President Kennedy and saved Governor Connally on a dark day in Dallas.

Dr. Duke is getting on in years now, but he is still the Medical Director, and is loved and respected by his team. The flight team went so far as to create their radio call sign in his honor, on the radio to ATC they are "RedDuke..."

How cool is that? 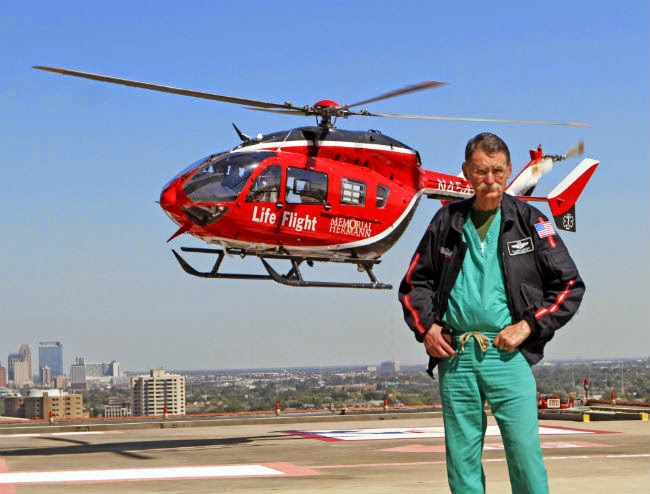 You can learn more about Dr. Duke by clicking here...

I think any man who loves what he does is lucky - and I love sharing the AMRM experience with flight teams. Visiting Life Flight was an honor and a privilege.