Connecting the Dots of Situational Awareness... Or Not. 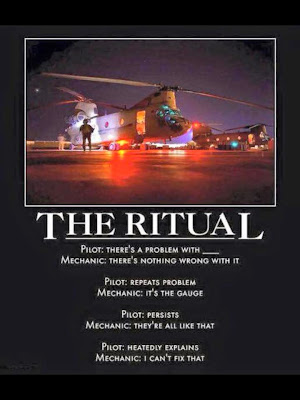 Leading up to most aviation mishaps, some person has a clue, an inkling, a "sense" that something is wrong.


When I spend time with teams discussing AMRM and accidents, I always point out that in a helicopter any new noise, or sound, or vibration is not good and must be investigated.

The cause of the change must be determined. We have to think through what the change might mean in the future.

Now if I could just listen to myself.

Here is a story with a happy ending, told in reverse...

The helicopter's pilot landed in a pasture. He did a great job.,,,

In flight, there was an obvious failure of a mechanical component. With vibration, fumes, and sounds. The pilot was unsure of what was wrong, and an emergency situation developed and was declared.

End of story? Not quite. Let's go back further.

I flew this helicopter several times in the days and weeks before this incident. During the first flight,  weeks prior, I noticed that the air conditioner blower seemed to run a bit rough on high speed. It just didn't feel right.

This was a level-1 situational awareness event. That is as far as my SA went though, no level 2 or 3.

Level 2: Realization that the sensory input is relevant to what is happening now.

Level 3: MOST IMPORTANTLY... projecting forward... predicting what will happen in the future based upon the events unfolding now. This takes conscious thought and effort.

Without conscious thought  I switched back to medium speed and it smoothed out. Solved...(?)

I continued on with my patient transport, indeed with several of them. With no conscious thought of why, I operated the AC at medium, or low. This is almost the same as discovering a rough ride at high speed due to a rotor system out of track or balance - slowing until the ride smooths out, and leaving it at that.

As it turns out, I am not the only pilot who operated this aircraft and sensed this roughness - and avoided the high speed setting. In my mind, that makes this a human-factors issue.

In one of the opening moments of his series "Cosmos," Dr. Neil Degrasse Tyson mentions how humankind has risen to prominence on earth because of pattern-recognition. So here is a chance to learn from a pattern: It's all too easy to sense something wrong, make the problem go away (for now) and forget about it. But mechanical problems seldom correct themselves. A subtle hint may be our only warning of a pending failure - and we might not like circumstances when the failure happens.

I  failed to deduce what might happen in the future based upon what I "knew" to be true now. My fan didn't feel right on the highest speed. 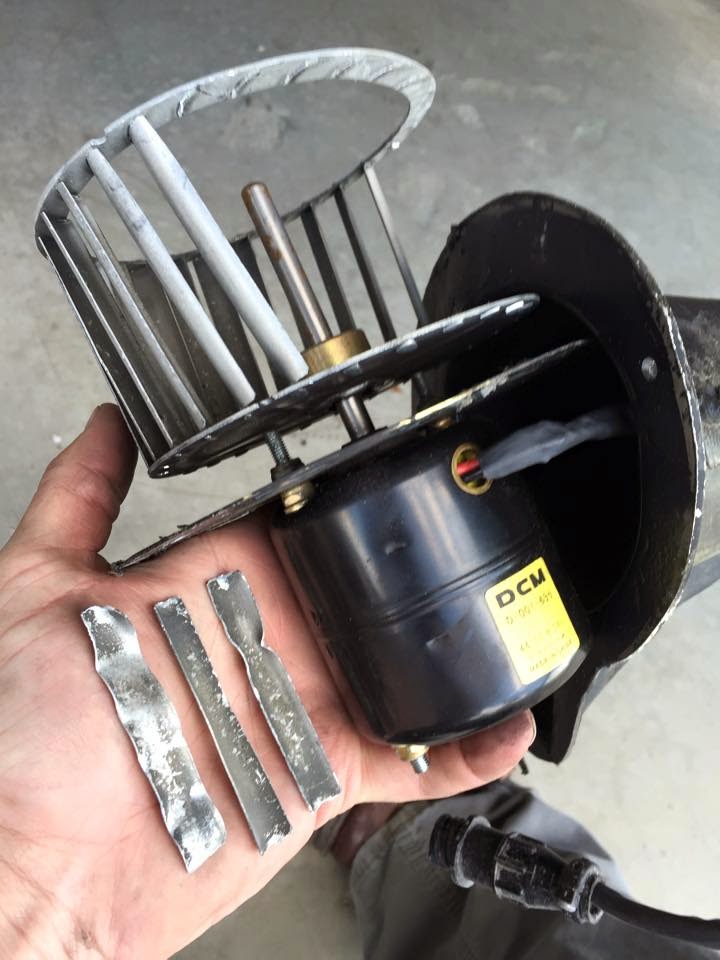 In most aviation mishaps, some person has a clue, an inkling, a "sense" that something is wrong. But they don't think it through. Perhaps they are too focused on starting the aircraft or talking on the radio or to the crew. Or maybe they are trying to get home before running out of crew-day.

And as happened at the Mayo Clinic's flight program years ago, a "slight ticking sound" turns into something like this... 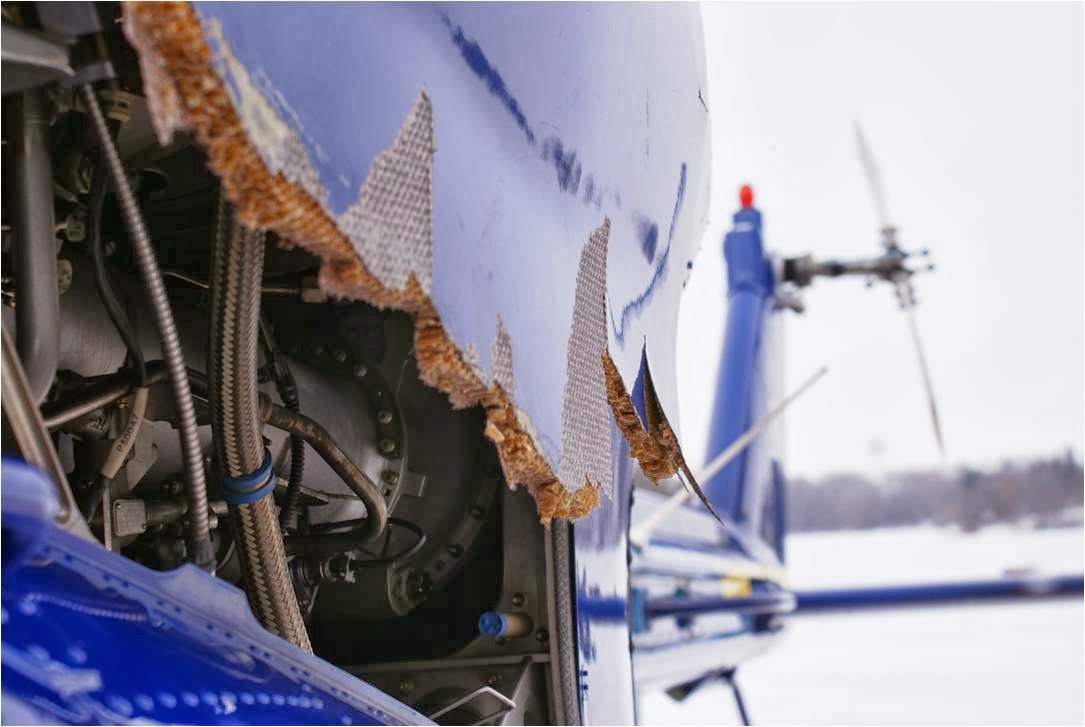 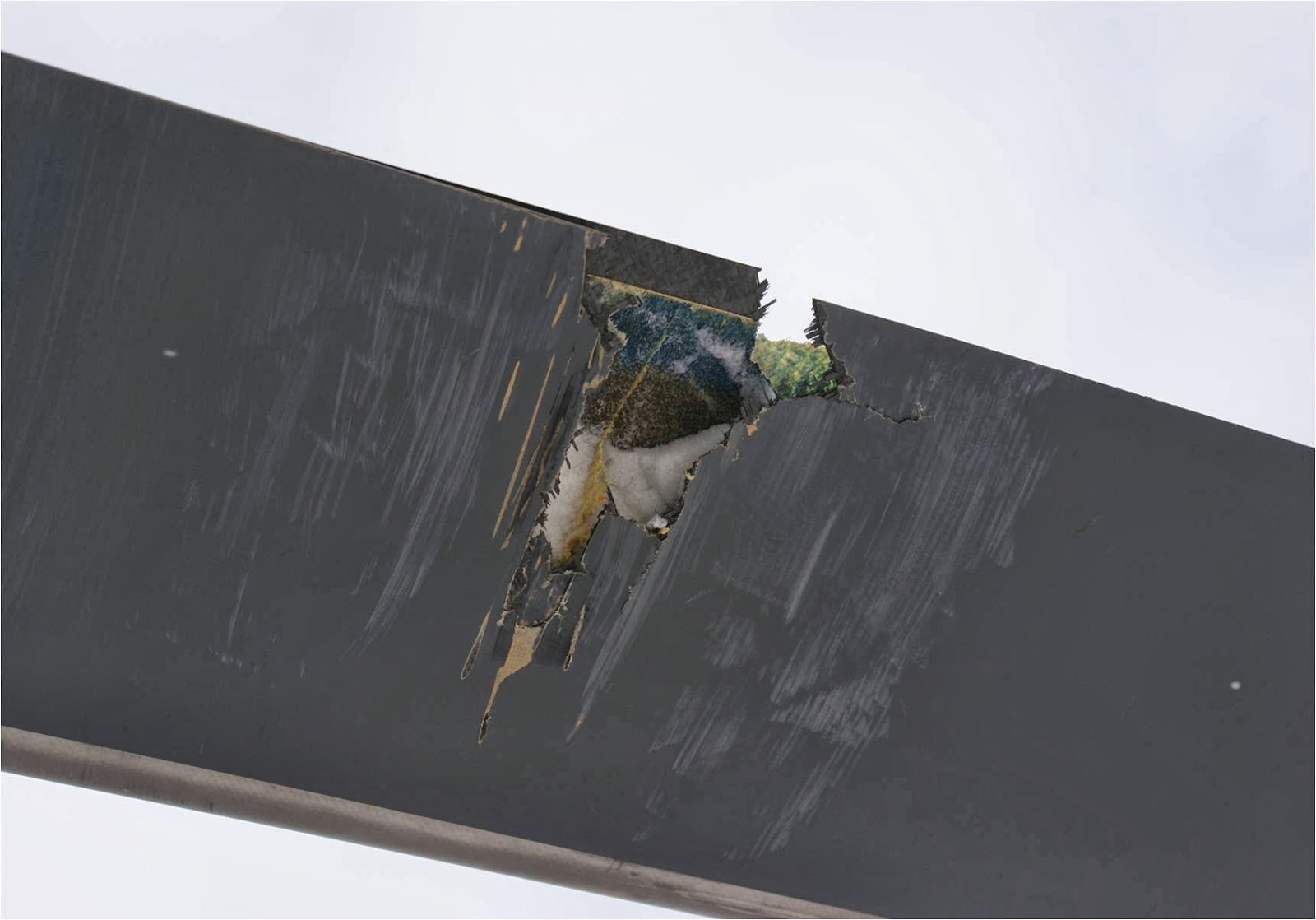 I am very glad that my failure get to the third level of situational awareness didn't end in tragedy. When operating an aircraft, we must use all senses to detect any change, or problem. And then we have to do something about it...