While reading a statement made by an accident pilot to the National Transportation Safety Board, I wondered why - as this poor fellow's night was going from bad to worse - he didn't just land the helicopter. This life-and-helicopter saving step gets ignored so often that the Helicopter Association International (HAI) even had a shirt printed up that reads ... "Flight Not Going Well? Land the Damn Helicopter!"

Click here to read the NTSB report on this "hard landing"

Maybe we keep going when we should stop because we have come under the spell of one of the hazardous attitudes. Or maybe we have become complacent. Beyond these factors, I think there is something else at work when we hesitate to land - and it is related to how we pilots view ourselves.

We get-it-done, us helicopter pilots. We are self-starters - dedicated and reliable. If you assign one of us the task of getting a machine and people from point A to point B, we will do our best to make it happen; To complete the mission! We do this both for how it makes us feel inside - how it validates our self-image - and also to keep us in good graces with our employer.

It doesn't help that the picture is clouded by the few "pelicans" in our midst. You know about pelicans, right? A pelican is a pilot who no longer wants to fly. To get a pelican in the air,  you have to throw rocks at him. Pelicans take the "safety-out" and use it when they should not: when they want to get off duty on time and don't want a late flight, or when they have other plans or projects. Pelicans invoke safety when safety is not really an issue and teach managers bad habits.  Pelicans become known to the EMS folks in the field, who tell stories about the guy who won't fly if there is a cloud in the sky. Pelicans give pilots a bad reputation, just like flight-rats.

A flight-rat is the absolute opposite of a pelican. The flight-rat has decided that he will produce more flight volume than anyone else in the area, and he or she accepts all flight requests immediately, then checks weather and destination to see how many rules they will have to bend to get-it-done. Flight-rats make crews nervous, and wrong-headed managers happy.

So, imagine you are flying along and your helicopter catches fire. You smell smoke from the environmental control unit (ECU) or the instrument panel, or see flames lighting the night sky, or a smoke trail behind you during the day. You immediately - instinctively - push down on the collective and look for a place to land. The prospect of burning to death is so terrible that humans do everything in their power to avoid it. They land and if possible GET OUT of a burning aircraft.


For the even-moderately-smart among us, ice has the same effect. At the first sign of ice - the vast majority of helicopter pilots stop flying.

If they don't the helicopter will stop flying for them. The windscreen will become obscured making visual flight (especially landing) difficult, the inlets will shrink making engines lose power and "backfire" (compressor stall), and the rotor blades will turn into 2x12 planks that produce no lift. When the rotor system slings ice off one blade and not the other, the vibration will shake the aircraft to pieces. The ice will accumulate on the fuselage (body) of the aircraft, which typically is already operating hard-up against max-gross-weight, and the old girl will come shaking and shivering out of  the sky - ready or not. 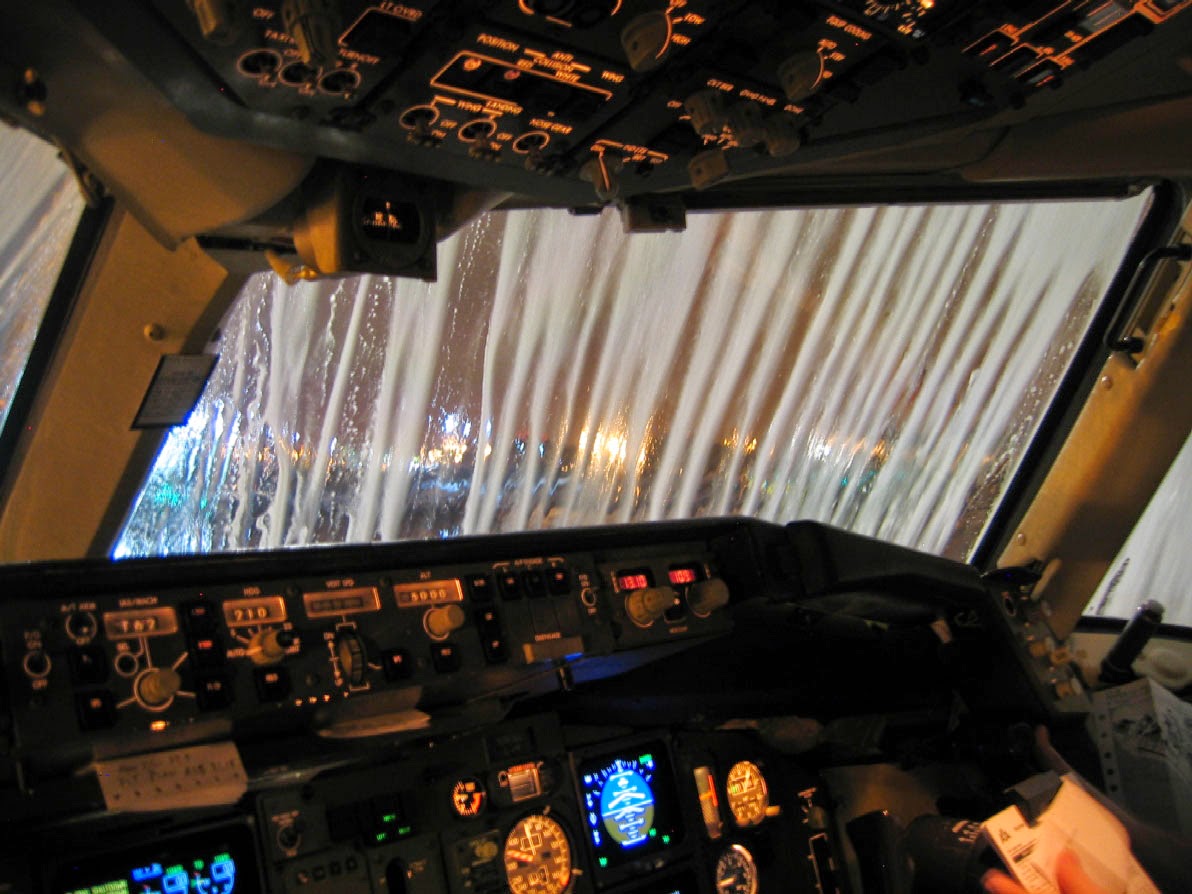 You can read about one such event by clicking here.

Ice was a factor here too.

It is for these reasons and others that I ask crew members to reach inside themselves and stir up the confidence to know when to say STOP. Because sometimes I your pilot want to get the job done, I want to get the patient to the hospital, or the helicopter back to the base, or to get off on time. I don't want to create any fuss, or draw attention to myself, or create a scene. Sadly, all too often my reluctance to use the wonderful ability of a helicopter to land just about anywhere does indeed create a scene... an accident scene like this one...

I had a wonderful experience talking with a - literally - brand new flight nurse a couple of weeks ago (it was his first day on the job). We were in a room full of people, but the room dissolved and it came down he and I. I was looking directly into his eyes as I was telling him these things, about us pilots and our egos and our humanity. As I talked to him I was alternating between heat and cold, Fire and Ice...

We had a direct link. I could see it and feel it.