Is Anyone Paying Attention...

Will it ever stop?
What are we to think about these EMS Helicopters? Well, depending on your perspective, they are either a life-saving benefit to the community, or large money-hungry corporations will continue the practice of making huge sums of money off of the pain and suffering of others while providing no real value or decrease in mortality.

Disclosure: I own stock in one of these company's and hope it continues to make money...

That second perspective would fall in line with the argument provided by an outspoken opponent of all things EMS-Helicopter related, Dr. Brian Bledsoe, antagonist-in-chief. In his article, "Thank-You for Not Flying," published in the Air and Space Smithsonian Magazine (of all places) Dr. Bledsoe wrote that flying patients in EMS helicopters is too risky, too expensive, and too-often unnecessary (paraphrased). He is not alone in his beliefs, and as a D.O. who has written lot's of books about taking care of sick people, his opinion is worth considering.

I take the position that EMS helicopters provide value in terms of money saved, save lives, and reduce pain and suffering by virtue of the transit time they save and the life-saving care that the crews on-board can - in most cases - provide. One aspect of this business that goes unreported is the extent to which EMS helicopters are - to borrow a phrase from the Army helicopter realm - a "force multiplier."  In a perfect world, there would be a Level 1 (best) Trauma Center within a few minutes driving time of Everywhere, U.S.A.

Trauma patients tend to belong to a slice of society living in reduced circumstances, a down-beat demographic. They often don't have insurance sufficient to pay the bills for the life-saving services they receive after being shot, stabbed, crushed, chopped, or run-over by something mechanical. For this reason, Trauma Centers are money-losers, and must be supported by other means; which usually means a large population center and a place where doctors get taught how to take care of the sickest amongst us.

This means that folks living in rural areas don't have rapid access to the same health care that urbanites do - unless a helicopter is available. To be sure, a patient can be transported by ground. But that proposition is not without risk; time-in-transport and traffic density are proportional, and ground ambulances aren't staffed with specially trained critical care nurses in most cases. Occasionally helicopters do save lives. But not every time. So put yourself in the back of an ambulance, you have a patient who has been involved in a motor vehicle crash, has a rung-bell, and bruising about the head and abdomen from; a. steering wheel, b. seat belt, or c. airbag. Now maybe you are going to seek the services of a helicopter because you think your patient may be bleeding inside, and may circle-the-drain during the bus ride in, or maybe you think that tonight's workload is such that you don't want to leave your area without ambulance coverage for an hour or two, or heck, maybe you are about to get off work and you want to be done with this dude.... It all happens. And if the end result is that good reliable HEMS is available in your area, then good for you.

Does this mean that we shouldn't have standards? Absolutely not. Is there room for improvement (read - regulation) in the industry? Absolutely. Under the current paradigm, providers have a strong financial incentive to provide the least costly aircraft and personnel that will compy with existing rules. They get the same payment for transport in a cheap aircraft as they do for using a more expensive, more capable one. And that isn't working out so well.  The hope of the industry, CAMTS (google it) is not living up to it's potential for good because it is funded by the same folks it purports to regulate. CAMTS should not have to engage in rent-seeking behavour, any more than the  "joint-commission" does. Indeed, it should not be permitted to. No money should pass from the organization (or individual) being judged to the judges. It creates a moral hazard.

Today, if it is too difficult to hire a qualified and competent person at the salary deemed sufficient,  the industry will (has) simply lower (ed) hiring standards and/or experience minimums, and CAMTS will roll with it... The pilots, clinicians, and ancillary staff involved in HEMS should not use this arena as a training ground, rather they should be the cream of the crop, and should be paid as befits same. 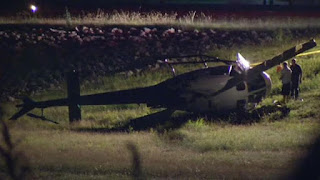 Every helicopter nurse I know could see a raise of between $5 and $10 dollars per hour by quitting their helicopter job and going back into a brick-and-mortar hospital - in practice most of them work at both to pay the bills.

Because helicopters are "cool" and people want to be cool, they sign up for the flying job, and often (today) are not up to the challenges in patient care that they are faced with. Remember - there is no doctor on board. When the coolness wears off, and the reality of the pay-hurt sets in, these same clinicians, who are now actually "trained" and are the ones to keep, well.... they quit and follow the money elsewhere. So HEMS jobs are training grounds.

CAMTS should be a government sponsored and controlled entity, and the standards should be driven by what's right, not what's convenient, or exigent, or makes us more money with less cost... Ancecdotally, when I started flying EMS helicopters in 1999, pilots were expected to have 3000 hours of helicopter experience. That was the norm. Clinicians were expected to have three years, on the street for medics, in a critical care position in-hospital for nurses. It used to be hard-as-hell to be a flight nurse or flight medic. But today those standards are too hard-to-meet, right? So now we require less. And the stories about patients getting inadequate care on the way to the hospital increase right along with the fatal crashes. In HEMS parlance it's a "race to the bottom."

And the government should fix it.

I know, I know, Government does best what it does least, right? Well, not in every case. The airlines didn't come to the conclusion that they were going to pay for all the advanced technology that makes commercial air travel so safe on their own, they were forced to do it. Rightfully so. (If you want your eyes opened, read the chapter in Earnest K. Gann's book "Fate is the Hunter" about flying in icing conditions in the early days of air travel). One of these days either in a convulsive puking-out of an entirely new way of doing business, or in an example of "death by a thousand cuts," things are going to change, and the G is going to be the agent...