And yet again we grieve.... 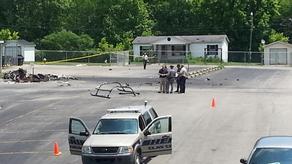 The Air Evac Lifeteam aircraft crashed in the parking lot of an elementary school at about 11:30 p.m. ET in Clay County shortly after transferring a patient to a hospital in Laurel County, NBC station WLEX-TV reported.

The school was not damaged, but a power line was hit. Witnesses said there was fog in the area at the time.

Air Evac confirmed the fatalities in a statement on its Facebook page.

“We are devastated at the loss of these crew members who we consider family,” it said.

“We have no details regarding the cause of the accident but will be working with the NTSB in coming days as they conduct their investigation,” it added.