The Safest Flight Program in the Land?

Ask the question, "What will be the cause of our next crash, and what are we doing to prevent it?"

Mirror mirror on the wall...

Who has the safest program of all?


There is an old legend that says the program that just suffered a fatal crash is the safest program flying. Like a huge control-alternate-delete, a fatal crash resets all of our notions, our beliefs in right and wrong, our ideas about what's most important. Much has been written of late about culture in flying organizations - the current buzz-phrase is "just culture." Companies are quick to boast about how they adhere to these principles, but there is more to just culture than a press-release.

Why should anyone care? Because culture is part of why helicopters crash. And culture starts with the top man or woman in an organization, seeping all the way through to the person who got hired yesterday.

"You sweep the stairs from the top down..." NTSB board member Dr. Earl Wiener

Bill Winn and I just finished speaking on the phone for about an hour. Bill is NEMSPA's only paid employee, managing the day to day business of keeping NEMSPA's lights on and our wheels turning. He called because he had some questions about the progress of the action-team I am on advising the FAA on new rules for HEMS training.

Bill wondered if we are addressing the actual causes of crashes as we discuss how training should be changed. In the conversation, he described multiple factors that lead to crashes - there will be no silver bullet answers.

The military is said to always be training for the last war. That way of thinking may affect (or infect) some of us. We train for the last crash, we focus on the pilot who flew too far for his fuel load, or flew into a storm or the clouds, or lost engine power after ice-ingestion, While learning from other's mistakes is certainly time well spent, the reality is that there are too many factors involved in a crash, too many root causes. Chopping off one root or another won't kill the chances of another crash.

So what's the answer? I believe it is concerned, interested, involved leadership. Have you ever heard of management-by-walking-around. How about "the one minute manager?"  In a business with such high-consequence for any mistake, one minute isn't enough. Leadership cannot push the auto-pilot button, and tend to other tasks. While thousands of problems will keep the phone ringing and the inbox full, the one-two-punch  questions when helicopters are flying through night skies must be...

ARE WE AS SAFE AS WE CAN BE WHILE MAKING AS MUCH MONEY AS WE CAN MAKE?

A  commitment to safety and making money are not mutually exclusive goals. Being safe allows your company to make more money in the long run. And being safe keeps the guy or gal in charge from having to explain to the press why your helicopter crashed, like the leader in the picture below... You don't want to be "that guy." 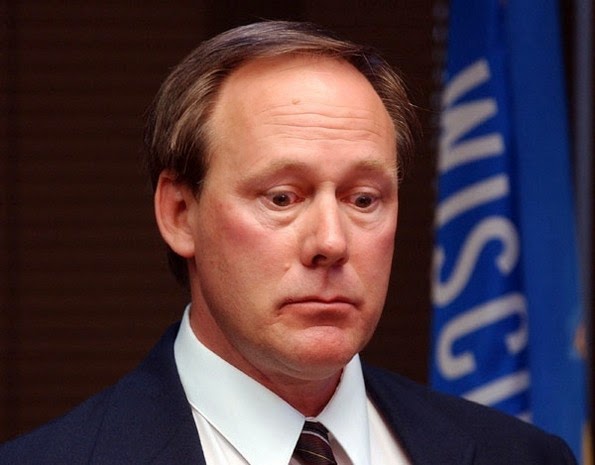 Tom Madigan of County Rescue pauses as he reads a statement concerning the crash of an EAGLE III helicopter during a news conference April 13, 2006. Photo by H. Marc Larson/Press-Gazette

To learn more about the crash in Green Bay, click here...


Ask the question, "What will be the cause of our next crash, and what are we doing to prevent it?" Really, this is important. It's right up there with profit margin, same-store-sales, or transports at a base opened more than a year. Defending against your next crash should be the first thing, and the last thing you think about every day. And every soul in your employ should know that's how you think.

Especially if you have an excellent safety record. A history of being safe leads to complacency and the loss of the "safety imperative."

According to Wiener, "Complacency is caused by the very things that should prevent accidents, factors like experience, training and knowledge contribute to complacency. Complacency makes crews skip hurriedly through checklists, fail to monitor instruments closely or utilize all navigational aids. It can cause a crew to use shortcuts and poor judgement and to resort to other malpractices that mean the difference between hazardous performance and professional performance." (E. L. Wiener)

Be careful out there...