The FAA recently changed terminology regarding two-pilot flight operations. Whereas we used to describe the "pilot flying" and the "pilot not flying," now we are to designate the person not on the controls as the "pilot monitoring." (PM) 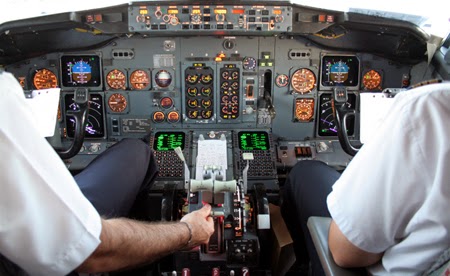 Well, everything of course - including the aircraft's position, speed, altitude, and attitude, fuel state, and the weather ahead. And also the PFs behavior, mental state, and situational awareness. It would appear that the Feds want to point out that us pilots are human, and subject to make human mistakes, and the other pilot can catch errors if  he or she is paying attention and knows how to make an assertive statement. (Tenerife)

But what about us in our single-pilot helicopter? Who is available to monitor us? 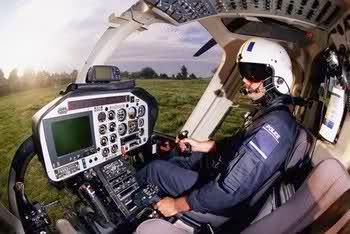 Well, if you asked  the FAA, it wouldn't be the medical crew members on board.

The Feds, in a recent change to rules for HEMS state "... medical personnel cannot be expected to meaningfully participate in the decision-making process to enhance flight safety."

Heck they don't even consider medical crewmembers to actually be - well - crewmembers. They are just "passengers."

But wait! What about the passenger who sits in an exit row on a commercial passenger jet, and gets briefed on duties and responsibilities associated with sitting there. In short, if the plane crashes that "passenger" is expected to perform certain lifesaving steps to ensure occupants can get off the jet. It's almost as if the FAA, who created this obligation, expects that exit-row passenger to serve, in an emergency, as a "crewmember!"

This for a person who might have only flown once. Not hundreds or thousands of times like a medical "passenger."

If you read these documents, you can see how words can get taken out of context, which shifts the meaning of what was written.

This all relates to the FAA wanting all legs of a HEMS flight to be conducted under more stringent "for hire" rules of CFR part 135.. Fair enough.

But to say that the other humans on board, who are smart,and often have years and years of observing how things work - and can be developed as a resource and added layer of safety monitoring, "cannot participate in the decision making process to enhance flight safety" is just plain wrong.

The real shame is that some of the Drongos out there, flying HEMS, who want the passengers to strap in and shut up, have taken these out-of-context excerpts as validation for their "lone-ranger" mentality. Here's hoping nobody gets killed over this.

CRM does not reach everyone. From the earliest courses to the present, a small subset of
pilots have rejected the concepts of CRM (Helmreich & Wilhelm, 1991). These CRM failures are
found in every airline and are known to their peers and to management. Any chief pilot can
identify these individuals, who have come to be known by a variety of names – Boomerangs,
Cowboys, and Drongos to mention a few. Efforts at remedial training for these pilots have not
proved particularly effective.

Drongos are little birds that fly around and crap on everyone and everything...click here to learn more about the history of using every available resource to greatest benefit.

Most pilots who fly HEMS develop their team mates into resources that can be relied upon to help get the job done. The medical crew does the same thing, having pilots help with loading and unloading, using extra hands while transferring patients from sled to bed, and occasionally even squeezing an ambu or IV bag. Being a helper doesn't take much training, and a helper can be invaluable when the workload gets high. If you as a pilot think that the medical crew are nothing more than a distraction - perhaps you aren't managing the relationship "optimally."

I ask my crewmembers to monitor my performance, as would a second pilot, and to point out anything they think is wrong. In case I somehow missed it. They are the only people in the world who are available to do this.

I ask all crewmembers to actively participate in the decision making process and make the decision to stop if something is wrong; like weather, or fuel state, or the way the pilot is flying or behaving. Only your pilot can decide to go - but any of you can say no...