Using all the resources available to prevent a mistake...

Complacency means we don't use every resource available to ensure situational awareness...

I almost embarrassed myself last Sunday.

So I wasn't too concerned about flying into Birmingham. I could have used Google Earth on my smartphone to look at the lay of the land before departing the pickup location, when spare time was abundant. I could have found some visual checkpoints to make sure that I knew exactly where we were to land. But no.

So as we approached the University of Birmingham's sprawling campus with multiple tall buildings from the east, a new way in. I set about finding this helipad that I had flown to before, with eyeballs darting to and fro.

My eyes quickly locked onto a beautiful red and white rooftop pad. A part of my brain said, "got you!" So I said, "okay, I see a pad."

Then I did something right (even a blind squirrel gets a nut once in a while). 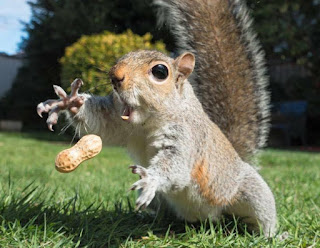 I asked the crew - Steve and Rebecca - for assistance and confirmation. After all, crews at bases are much more familiar with the area of operations than a relief pilot who shows up once in a blue moon. 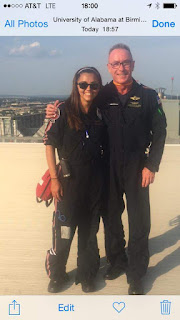 Rebecca said, "the pad is right over here at your three o'clock." I wasn't looking that way. But the pad I was looking at was so pretty, and it was right there for the taking... Then, an un-dumb question,

"okay, is there more than one helipad here?"

"Yes, there are three" she said.

I said, "are we looking for that other one on the big mirrored building?"

Rebecca said, "no, that's the children's hospital, ours is over to the right more."

Finally - I looked where she had been prompting, letting go of the wrong pad that my eyes liked so much. And there was my old friend - the UAB pad - looking just like it had a couple of years back...

We landed without incident, at the right place.

Thanks to the assistance provided by a flight crew...