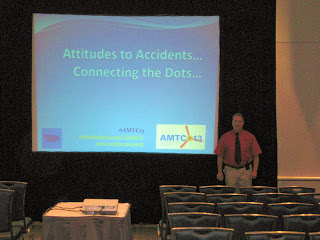 I was laying in bed the other morning, thinking about speaking to an international audience who were going to be listening to me not because they had to but because they chose to;  a first-time event.  I teach subject matter that is required by CAMTS, and the Code of Federal Regulations:  the body that certifies air medical transport companies and the FAA.  Thus far the folks in my classes have been there because the boss said so. I was trying to sort out how to approach the problem of being meaningful, and how to relate to the audience. Sitting in front of me would be all sorts of people filling all sorts of roles in health-care, from senior leaders to the newest entry-level healthcare provider, from pilots to paramedics to professional safety managers.

Finally I decided to just talk to the people who work where the metal meets the mud; the flight crews. When I lecture - I am talking to them, because I want them to stay alive. Tragically, as I was thinking these thoughts three persons were losing their lives in a helicopter.

In our industry, safety folks are all about implementing "safety-management-systems." One organization after another touts the fact that they have "exited level one, or two, or three" and so on,  and to be sure I hope that eventually these things will help prevent accidents. But what about not dying right now? I attended a class in which a very smart, educated, and thoughtful pilot and safety executive put up slide after slide explaining that there really are lots of players in our game, and any one of multiple contributing factors can be why we crash aircraft and kill people. Good Stuff. How do I stay alive.

What about you, dear pilot, or nurse, or medic, or RT? What will you do to stay alive throughout your flying career? Do you have any personal strategies, or tricks, or philosophies on how to not get dead? If not, perhaps you should give this some thought. Because what we do is dangerous. 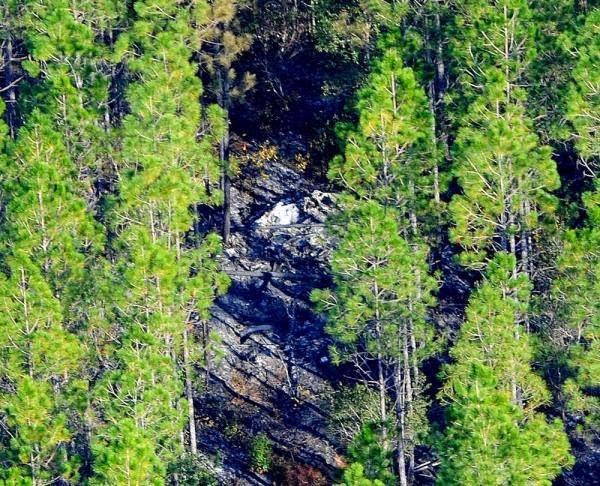 —According to the American Journal of Clinical Medicine (Winter 2009 issue) after assessing past statistics then projecting them forward, they predicted that if you fly in a HEMS helicopter and do that job for twenty years, you face a 40 percent chance of losing your life.

Before I started writing this, sitting in my sun-room on a Sunday morning, I was reading the weekend-edition of the Wall Street Journal. This is a great paper, with tons of information that is a bit over my head, and - my favorite part - book reviews and excerpts. One article covers Dr. Thomas Lee, a professor of medicine at Harvard, and his new book "Eugene Braunwald and the Rise of Modern Medicine." In this article there is a line about Dr. Braunwald; "over six decades, he (Braunwald) was repeatedly in the right place, at the right time, with the right people."

This is my advice to you, dear HEMS person who climbs into an aircraft and takes to the sky. Seek always to put yourself in the right place at the right time with the right people. It's as simple as that. If you are not sure where the right place is, educate yourself. Your heart and your head will tell you about the people. The time is now.

In the right place... I now fly a single engine aircraft. I have dedicated myself over the last year to continuously evaluate if I am in a position to survive the loss of that one engine. When I take off, I fly as close as possible to the way the operators manual says I should, at max-continuous power, at best-climb speed, to an altitude allowing a safe landing should my engine fail. I deliberately fly as if the motor is going to quit, even though the odds are that my engine won't. If I am not in the right place, I try and get there as quickly as possible. My new flying style elicits comments from the back like, "wow, I never saw this view from such a high altitude," and "gee, things sure look different from way up here." This at two thousand feet above the ground! Why do we persist in flying so low?

(added 2/13/15: There is an increased industry/FAA interest in over water flight. If you fly a single engine helicopter over water without floats and vests, I recommend you fly at an altitude or on a path such that no person could ever misunderstand or question your ability to reach the nearest shore. Such a misunderstanding got an excellent pilot - who formerly flew the president of the United States - fired.)

By way of explanation...The odds of a sprag-clutch failing to engage on engine-start are probably a billion to one. That happened to me in a BK, and resulted in around a million dollars worth of damage to the aircraft I was in command of. I am not immune to bad fortune. If an engine is going to quit, I take it for granted that it's going to quit on me. I don't want to be in the wrong place when it happens.

With the right people... I heard a story not long ago about a crew heading out to do a PR flight. There was a seasoned pilot at the controls, and a seasoned crew in back. Sometime in flight, or perhaps after landing and on shutdown, the paramedic smelled fuel. He keyed up the mic and announced "I smell fuel." The pilot acknowledged the message and continued on with what he was doing. They shut down and got out, and the pilot wasn't taking any actions related to the fuel smell. The medic began to look into all the openings in the side cowls and observed fuel dripping from a filter assembly. He said, "hey, we have a fuel leak!" The pilot looked and said, "don't worry about it, it's just a drip, these things do that," and walked off to check out the PR.

Time passed and they prepared to leave. The medic asked the pilot again about the fuel leak, the pilot became irritated and told him to get in.

The medic sat still for the engine start and run-up, then announced, "Hey I forgot something, I have to get out for a second." The pilot went back to idle and the medic climbed back out and with his flashlight peered through the opening in the cowl. Jet fuel was spraying in a gusher from the filter assembly... 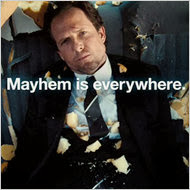 The flight team in question subsequently decided that this pilot wasn't "the right people," and they cut him loose. Pilots reading this are perhaps excoriating me right now, and to be sure any of the people involved with our work can have the "wrong stuff." Whatever - your job is to actively monitor who YOU are flying with and make sure they are right for you, and for your safety. And you friend have to be the right person too.

At the right time... Our business is one of extreme consequence. A failure or mistake by a surgeon might lead to the death of a patient. A failure by any of us might lead to the death of all of us. So there is no "right time" to do things right. We have to do the right thing every time. All the time. We might let things slip or cut a corner, and get away with it. That will lead us to slip more and more often and eventually we will get caught. Conversely we might let things slip once - and that will be the day... We just don't know - so our job has to be done deliberately, and thoughtfully, and cooperatively - right now

If you are going to fly for two decades, and you don't want to be one of the  forty-percent, make sure you keep yourself in the right place, at the right time, with the right people.