With the advent of community-based operations, the aviation-services-vendors have become their own worst customers, demanding things that, in the past, would not have flown. And the mechanics have suffered. 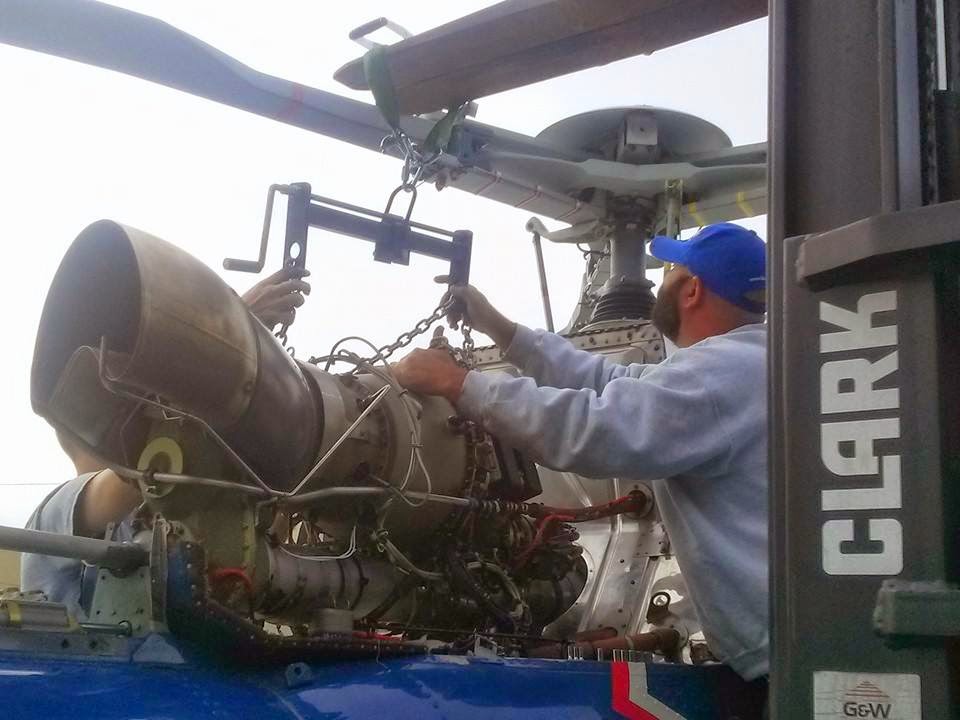 Bobby Mordenti showed up at the hangar today, looking no worse for the wear. Amazing, considering what happened to him a few weeks ago. He was standing on a ladder, waxing the tail boom of  his aircraft, and fell. The ladder made a racket - thank-goodness - and the firefighter-medics here at the base went to see what was going on. One of them began treatment and the other came running inside to get more stuff and call for help. Bobby was out-cold on the concrete, with a plate-sized circle of blood coming from the split in his head.

Bobby has been a "wrench" for longer than some of his pilots have been alive. When speaking with him, a sense of camaraderie develops quickly. Hangar talking is good stuff - a pilot who asks questions and listens can learn something. Decades ago, Bobby sailed his boat to Charleston, South Carolina for a job as the mechanic for an EMS helicopter there; the Medical University of South Carolina's MeducareAir. When he was getting tied up at the dock, a kid working at the marina named Jess Perry helped him. They struck up a friendship, and Jess ended up going to Embry-Riddle and getting his Airframe and Powerplant certificate.

Jess was in Savannah maintaining a BK-117 when I showed up in 2000, after fleeing a Pennsylvania winter. We worked together four years. For years after I left, I would call and ask his advice about this or that happening with a helicopter, and he never complained or griped - he just kept giving up the gouge.  Jess spent twenty or so years himself as the LifeStar-Savannah mechanic, and did a wonderful job keeping a great ship in the air. Jess now lives a "normal" life working for Gulfstream. I can't say that I blame him. A HEMS mechanic's life is grinding. They are on-call 24 hours a day, with perhaps one or two weekends off a month; by that I mean away from the base with the pager turned off. For the privilege of having a day off, they are usually responsible to cover another mechanic's base so that guy or gal can have a day off - it reminds me of the old HEMS pilot's "Chinese Vacation." If the helicopter gods are angry, and both ships break, there is hell to pay.

I don't know how they do it, these "knuckle-busting" trouble-shooting quiet-professionals. They have to get the aircraft exactly right every time or else, in the face of constant pressure for more in-service time. Now days scheduled-maintenance has to be performed during the hours when flight requests are least likely - this is when most humans are sleeping - and this mid-night labor often occurs out in the open on an exposed helipad; by flashlight. And guys still sign up to do it. When vendors had hospitals as customers, this wasn't how things were done. Maintenance was understood to be part of aviation, and it was done as required and when required - rarely in the middle of the night by a single mechanic out in the open. What kind of signal do we send to mechanics about their value to the organization when we treat them with so little regard? When we make a job so distasteful that the best and brightest, like Jess Perry, leave the workspace, what does that leave us with? How deep into the labor pool will we have to dip before we scrape the bottom?

With the advent of community-based operations, the aviation-services-vendors have become their own worst customers, demanding things that, in the past, would not have flown. And the mechanics have suffered.

I wonder why we don't make more of a fuss about the guys (and gals?) who keep our butts alive by providing us safe aircraft to fly. We have our professional organizations, and they recognize the Nurse or Medic or Pilot "of the year" but never have I seen a mechanic's face in a trade publication being honored for the huge part they play in a successful HEMS enterprise. Maybe it's time for AMMA. The Air Medical Mechanics Association... What the hell? All the other groups have their alphabet clubs.

They are like bass players or drummers in a rock-star band. We couldn't do this business without them, but they toil in the background, unseen, unheard, and largely unappreciated. They receive polite applause, because it's obligatory. But they are never recognized for being the absolute rock-solid foundation upon which safe aviation operations stand. When Omniflight Helicopter's owners decided to do away with their own ability to fix helicopters - it spelled the end of the company.

There is a new breed of mechanic coming along now, and they are too smart and too cool to stay in the shadows. One is a young fellow named John Janiszewski. John decided to highlight the fact that "wrenches" are indeed "rock stars" and created a company selling Aircraft Mechanic Shirts (and other cool stuff).

He creates shirts and other items that make clear how much we need a good mechanic to fly sick people - indeed to fly at all. On top of this, John is a working HEMS mechanic, maintaining a helicopter on the line. When you go to Johns online "store" be sure and check out his blog post about using social media to enhance your business. I did, and it makes perfect sense. He is a real guy, with a bunch of real good products, and you can actually speak with him.

For a neat little video about John and his company, click here! 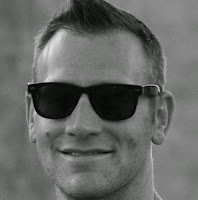 That young man's going places. His ad is on this blog because I believe in him, his work, and his message.

Maybe - thanks to people like John - and his products - we can bring  bring  mechanics out of the background - to the front of the stage. Like the rock stars they are! 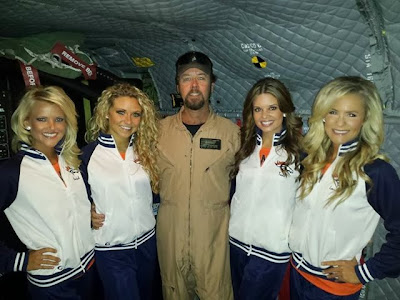