We operate under pressure. It's a fact of life, and how well we deal with it determines how successful we are at staying alive. In HEMS, pressure to fly can come from many directions and is often "self-induced." As a new EMS pilot I spent time thinking about lives depending on me. I still do, but now the lives I think about are the crew sitting next to me. I am much more interested in avoiding harm to them than in flying some stranger.

We can worry about our low flight-volume and attempt flights that we shouldn't when the weather is marginal. Management can pressure us. Managers don't think that things they say will cause you to go and get yourself killed, but it has happened and will happen again. Why not let it happen to someone else?

Recognize pressure where you find it. Acknowledge it. Understand it. But don't let it kill you.

(test - if you would not take a flight at 0400 as your third flight of the night due to weather; you should not take it as your first of the night.  Ask yourself, would I do this if it was number three tonight)

Here is an excerpt from an investigation that speaks to pressure.

"The pilot’s financial pressure as the owner of the company likely influenced his decision to continue flight into deteriorating weather conditions. The operator’s business had declined several years before the accident as a result of economic recession. The accident helicopter had been leased days before the accident. The operator’s only IFR certified helicopter, which was the largest customer’s preferred helicopter, had been down for maintenance for 4 months while the operator attempted to secure loans for engine maintenance. The pilot was scheduled to meet with this customer in the coming weeks to obtain clarification about the customer’s requirements. The pilot was also aware that his largest customer had begun identifying other aviation companies that might better fulfill its needs. Thus, the pilot would have been highly motivated to complete trips as requested so that he could demonstrate the reliability of his service. Additionally, due to the economic downturn, the pilot’s company had lost millions of dollars during the 3 years before the accident. Therefore, the pilot likely wanted to make the most of every revenue generating opportunity."

You can read the full report by clicking here....

I met this gentleman several years back, when he transported a team to Memorial Hospital in Savannah, Georgia to procure organs. He seemed like a decent soul. It's a terrible shame that he succumbed to the same pressures that have killed so many of us. Gotta go...gotta go...gotta go...

I have succumbed to this pressure myself. And nearly got in over my head for doing it. It's easy to fall in and hard to get out. 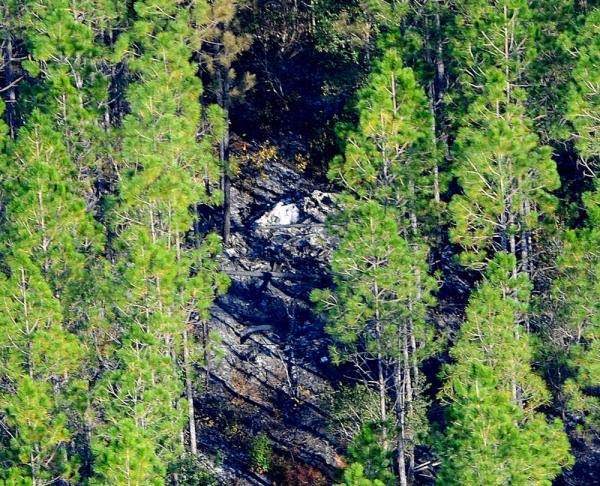 You do not have to be the topic of some one's news story.

It appears the last few seconds of this team's life mirrored events that occur all too often. They pressed on into deteriorating weather, and when they were in solid instrument-conditions (in the clouds) the pilot elected to descend and turn. He was looking for the ground. He found it.

Imagine if they has just turned back, or diverted, or simply landed when things started to deteriorate. NEMSPA is asking us to use abort-criteria; if we have to slow down or descend due to weather we should ABORT.

As the crazy blond girl said, "stop the insanity!"

As the HAI t-shirt says, "land the damn helicopter."