We use it everyday we work, take it largely for granted, and seldom consider how much trouble it has and will continue to cause. Every step of fuel's existence; production, distribution, dispensation, and consumption creates the chance for human factors or human failings to wreak havoc. Mayhem is waiting in the wings. Just when we think we have everything figured out, someone invents a new way to put bad fuel into a good aircraft, or put good fuel where it doesn't belong.  At best a flight is delayed or cancelled, at worst someone gets hurt or an aircraft gets destroyed. 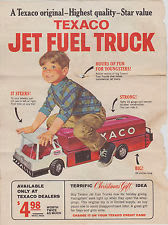 I was doing some research a few years back, and stumbled across an account of a major fuel spill and accompanying lawsuit at a hospital - involving an aviation-services vendor, and the base mechanic. The fuel system at that location had an underground tank. The pump was situated so that people standing outside, especially with a running aircraft nearby, could not hear it. The mechanic fueled the aircraft and forgot to turn the pump off, so the hose remained pressurized, with only the valve in the nozzle to prevent fuel from flowing. Time passed, and the nozzle valve failed, and the pump did it's job and pumped about a thousand gallons of jet fuel all over the ground. The EPA fined the hospital hundreds of thousands of dollars, and the hospital... well, you can figure it out.

You can read about this event here...

A couple of weeks ago, I was fueling an aircraft in South Carolina. The base there has a small "portable" fuel tank sitting near their T-hangar at the nearby airport. This system has a smaller-than-normal nozzle, without the rubber-cap that is commonly used to prevent foreign objects from getting inside. As it was the first time using the system that day, I was required by company policy to both sump the tank - draining a small amount of fuel from the bottom of the tank into a bucket - and also to sample the flow from the nozzle. With my medic and nurse watching (we were talking about something important like women, or beer, or fishing) I dutifully pointed the little nozzle into the bucket and squeezed the handle.

Something "foreign" spat out along with the flow of fuel, and each of us blurted, "what's THAT?"  I let the foam clear and watched a tree-frog climb disgustedly from the fuel bucket and hop off to the showers, or where ever tree frogs go after swimming in jet fuel. If it hadn't been the first fueling of the day, and I hadn't checked the fuel into the bucket, that frog would have gone into our fuel tank...

Another incident similar to this happened to a friend of mine. They were flying from Columbia to Charleston South Carolina in a twin-engine BK-117, with two supply tanks being fed by transfer pumps in main tanks. As they rode along, the pilot noticed that the level in one of the supply tanks was dropping. What-the-hell?

There happened to be nurse sitting up front for this flight, instead of a medic, as it was an empty leg home and the nurses seldom had the chance. She watched with growing dismay as the emergency-procedure checklist was consulted, circuit-breakers were checked, and the main tank level was verified. The pump was "working," but the level in the tank was going down, and at empty an engine was going to quit. They were over a big swamp, and headed to the closest airport with a runway for a single-engine run-on landing. Most twins won't hover on one motor...

Inexplicably, just as they neared the Orangeburg airport, the level began to rise, and soon indicated topped-off.  "Let's go home," they said and flew on to their base. It wasn't until later that the zip-lock bag that someone had dropped into the fuel-tank and missed during final inspections was discovered floating around inside the main tank. When it sloshed up against the inlet hole for the pump, fuel stopped moving. This happened twice to this particular base which is why they knew what to look for.

Negative habit transfer: Many aircraft have airframe mounted (in addition to the filter built into the engine) fuel filters, and on some aircraft these filters are designed to be drained or purged each day, to allow water out. But not all filters are so designed. In one recent case, a pilot who had  transitioned from a Bell 206 and was used to draining his filter elected to drain the filter on his "new" aircraft. This allowed air to get into a space it shouldn't have, and resulted in an engine flame-out at a high-hover, and significant damage.

Speaking of the Bell 206 and it's filter, there is a sequence of steps used for this purging. I knew a pilot once who decided that the way the steps were written was dumb, because he routinely got fuel all over himself from the pressurized spray hitting the engine compartment deck and splashing up. He decided to change things up, and open the drain valve and then turn on the pump and let it flow. Only he got distracted one day and forgot to close the drain after turning off the pump. On his next flight, he flew from one platform in the Gulf of Mexico to another - thankfully very close - platform, at which an oilfield worker who was waiting for a ride commented on the steady stream of fuel draining from the aircraft as it came in to land...

Dumb. Dumb. Dumb. If the fuel boost-pumps mounted down in the fuel tank hadn't been putting more fuel into the filter housing than the engine was taking out, the engine would have sucked air and quit. Never deviate from an established procedure.

I did some work at a hospital in the mid-west once. I asked the guys there about sumping and sampling the fuel from the hospital's tanks, which were located well away from the dispensation point. "The mechanic takes care of that." I wonder how many times a pilot has taken it for granted that someone else is making sure the fuel going into the aircraft that he or she will soon climb into is actually clean and safe for use.

Day after day, when we take a sample and it comes out clean and bright, we are gradually reassured that our fuel procedures are okay, and if we miss a sample now and then, it won't matter. This is complacency trying to kill you. Perhaps the best scenario is when the base mechanic drives a diesel powered car or truck. Then we know darn well that fuel is regularly being sumped and sampled...

Sumping the aircraft tanks is a pain in the back and knees. Maybe the aircraft didn't fly since yesterday, when you took a sample. All you have to do is rub the mark off the sample jar and change the date... But wait, are you absolutely sure no one tampered with the aircraft? Are you positive no suspended water (in the fuel) has settled to the bottom of the tank? Want to be your life on it?

My current employer requires a letter from anyone we buy fuel from verifying that they comply with established fuel handling procedures. Unfortunately, letter-not-withstanding we don't really know if they have checked the fuel in the truck or tank we are getting fuel from unless we watch them do it, which isn't practical. If they don't have a letter on file, we are required to perform a quality-check on the spot before allowing the fuel into our aircraft. I wonder if anyone has actually done this at an airport - asked for a white bucket and sumped the airport's truck and sampled the hose? Again, it's not really practical in the middle of a patient transport with the crew waiting at the hospital. One thing I always do, letter on file or not, is look the guy in the eye and ask him if HE checked the fuel that day. I want to hear it from his mouth. Draining some fuel from the aircraft after fueling is complete is another option for checking the quality. I have cut a plastic water-bottle in half, wiped it out, and checked the fuel after buying it from a place I deemed sketchy. 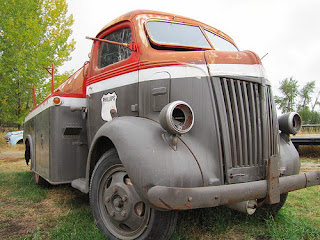 We use fuel every day we work, and it's always ok - but there was that time in Savannah when I pumped a mayo jar full of water and mud from the base's filter-vessel. Now that got my attention. I picked up the radio and called us out-of-service. Then I went underneath the BK with another jar.

Once, while flying in Pennsylvania, I slid underneath a backup BK that Keystone (the old Keystone - gone now) had issued us. I went to push up on the little belly-drain plunger. It resisted, because the aircraft had recently been painted, and over-spray got on the plunger. I pushed harder and up the plunger went, and fuel flowed into my coke bottle. Then I relaxed upward pressure on the plunger, and it stayed "in". And fuel continued to flow. There I was laying underneath a helicopter with my finger on the hole in the drain hollering for one of my crew members. The mechanic had to come in and drain the tank and rebuild the drain. It turned out that not one person had sumped the belly of that aircraft since it left the paint shop - and that had been a while.