Seeing is Believing! The Eyes Have It....

Damn that was close!

I almost crashed a few days back. On my golf cart. I was driving up the dirt lane from our island's community dock, and as I approached the blacktop road just outside the gate I glanced left and right, and heard "HEY! HEY HEY!"  I slammed my foot onto the brake pedal and slid to a stop inches from the road; heart pounding. A man on a racing bicycle rolled by at about twenty miles per hour, giving me a dirty look. I almost took him out and it would have hurt.

This type of thing has happened to me before, and perhaps to you too. It happens because even though I glanced in the direction from which the biker was approaching, I honestly didn't see him. Not seeing is a problem, and when we don't see another aircraft approaching us in our helicopter, it can be a huge problem with disastrous results.

So, what's up with this not-seeing phenomenon, and how can we fix it? Well, first we need to understand some aspects of human nature.  Humans tend to be lazy, and to shortcut repetitious tasks to their easiest workable method.

Consider speech, and the human lips. Because we have "lazy lips" we have changed the term "Gunwale" or the edge of a sailing ship from the quarterdeck to the forecastle where the guns are mounted, to "Gunnel." We no longer call a ship's forecastle by that name, instead we now know it as the fo'c'sle. Likewise, the Boatswain in now the Bosun. I could go on, but you get the point. Loose lips sink ships; lazy lips have changed our vocabulary.

This tendency to laziness, coupled with  the way our body is built,  causes us problems in seeing objects to our sides.

Do me a favor. Look straight ahead, close your left eye, and hold your left arm straight out from your body. You may want to scan your surroundings before doing this.

Now, without moving your head (pointed straight forward), look at your left arm with your right eye. Unless you and I are very different, you will be unable to see your left arm with your right eye because the bridge of your nose and the shape of your head will block the view. Now, if while attempting to see your outstretched left arm, you open your left eye, that arm will come into view in the periphery. Turn your head slightly to the left and the arm will be in clear view. Re-close the left eye and the arm will again be blocked by the nose's bridge. So what's the point?

Because we can see objects to one side or the other with one eye, by turning our head slightly, and because we tend to be lazy and only turn our heads as much as is required to see where we are looking, we lose the physiological defense known as "binocular vision." This is what protects us from a built-in deficiency of the human eyeball; that being the area of the retina (inside back wall of the eyeball) where the optic nerve is attached. This area is also known as the "day blind spot", and is not the same as the "night blind spot, or the fovea centralis. 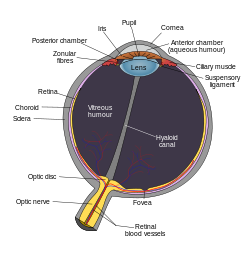 Under normal circumstances, when we are viewing an object "off the nose, " binocular vision compensates for the day blind spot. Indeed, if we turn our head to look at an object to the point that both eyes can see it, the day blind spot will not be a problem. But we are lazy, and we don't turn our heads. So when we "glance" to one side or the other, and the image of a hazard, like an approaching bicycle or aircraft, is focused upon the area of  a single retina unable to "see" due to the optic disc, we don't know what's coming. If the object is changing aspect due to motion, and the image moves off of the optic disc, we will see it, but if we only glance for a half-second.... boom.

It is for this reason that motorcycle groups print bumper stickers asking car drivers to "look twice, save a life." In most cases, when a car pulls out in front of an approaching motorcycle, the cars driver would state - honestly - "I never saw him coming."

For us, the answer is simple. Understand the problem and then have the discipline to correct for it. Look deliberately when scanning for approaching hazards, and turn the head so that we can see the danger zone with both eyes. Employ the eyeballs of everyone available whenever possible, to decrease the chances of a collision. 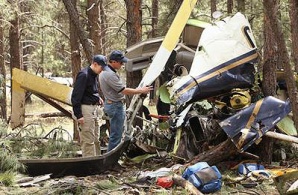 
'The question is why they didn't see each other'