Perhaps the most difficult task for a flight crew is to maintain their sharp edge when flight after flight occurs without incident. The aircraft we operate are incredibly reliable; serious malfunctions, like engine failures, occur once in a lifetime - but they do occur.

The desirable state is to always be "ahead of the aircraft," so that no event or occurrence is unanticipated. This is tough to achieve at 3:00 AM when we are returning to our base in the country after dropping a patient at a metro hospital. Human nature dictates that we get excited for the exciting parts of a flight, and relax for the milk run to the house. If you have spent any time studying aircraft crashes, you know that the most common last words spoken by an aircrew are some variation of "OH CRAP."

A couple of nights ago, I woke up at 2:00 AM and began to think about the need to fight complacency and be prepared for whatever whenever. There have been some instances of engine failure in the aircraft in my company's fleet in the last few years, and more than one case of running out of fuel - this too causes a loss of power. These events have resulted in fatalities and destroyed aircraft.

Yes, a single engine helicopter can be safely landed after it's lone source of propulsion packs it in, but the infrequency of such failures, coupled with the sterile (read "safe") manner in which we prepare for these autorotative landings, results in a pilot and crew who are poorly prepared and "startled" by a real life failure.

It is that startle-effect that we need to eliminate. In a perfect world, a bird coming through the windshield would be calmly announced over the interphone communication system, followed by a normal precautionary landing. I fear if that happened to me, the smell from the bird's guts would be mixed with the smell from my gut. But I try and stay ready - and I keep my visor down.

When I was learning to fly Chinooks, an aviation wizard named Howard Swaim taught me the practice of testing the warning-and-caution lights while flying en route (after announcing his intention of course). He would pick a light, like "engine oil pressure low" and have me discuss the emergency situation that this light's illumination would create. This rehearsal for a future contingency stood me in good stead as time went by. Indeed, much of a pilot's initial and recurrent training is designed to prepare her for a future human or system failure. The problem, as I alluded earlier, is that the training environment does not mimic the real world we operate in.

So what can we do?

Here's an idea. Brief your teams on practicing the Objective Continuous Risk Assessment Process (O-CRAP). This is what came to my mind at 2:00 AM - yes, I am a little strange. O-CRAP is nothing more than a verbal declaration prior to each phase of flight on the hazard or hazards assumed to be most likely. This doesn't mean that some other mishap or malfunction won't occur, but at least this alerts each team member into the mindset that something might go wrong. It activates a part of our brain that we use when walking through a dark forest at night, and provides a heightened sense of awareness.

I discussed this with my crew this morning, and asked the paramedic "what do you think is our greatest risk on take-off?" He replied "wire strike." Fair enough, that could happen, but what my nurse for today and I worry about in a single-engine aircraft is an engine failure during climb out with the collective raised and lot's of power applied. Losing an engine at that point would result in a rapid decrease in rotor rpm, and a rapid descent to who-knows-what kind of forced landing area.

It would be a lot different than pushing the collective down from level slow-cruise at one thousand feet above the threshold of a big beautiful runway - that's how we train for engine failures - because it's "safe" (but unrealistic).  Engines have an annoying tendency to quit at the worst places and times, and when we least expect it. As an instructor once said, "an autorotation is a training maneuver, a forced landing is an emergency.' If we subjected pilots to unannounced engine failures in the line-environment I suspect many pilots would develop different flight techniques, to include flying at higher altitudes. The Astar flight manual directs us to climb at 55 or 60 knots  (depending upon variant), with maximum continuous power applied - without stating why. The manufacturer doesn't want to highlight the risks of flying with one motor, but a thinking person can deduce that the sooner we get to altitude, which we can trade for time, airspeed, and rotor energy, the better. So - do you climb-out each and every time at the correct airspeed and the correct power setting to an altitude from which you are confident of reaching a forced-landing area? If not, perhaps you don't consider an engine failure to be a possibility - and they are rare. Or perhaps you just don't think about it. 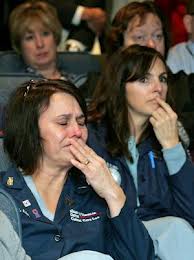 Don't put yourself in a position where the last words you say are "O -CRAP." Try and stay ahead of your aircraft and ready for whatever life throws at you. Verbalize your assessment of the proximate threat or most likely hazard for each phase of flight, and ask your teammates for their input too. And I hope you don't wake up at 2:00 AM for no good reason.